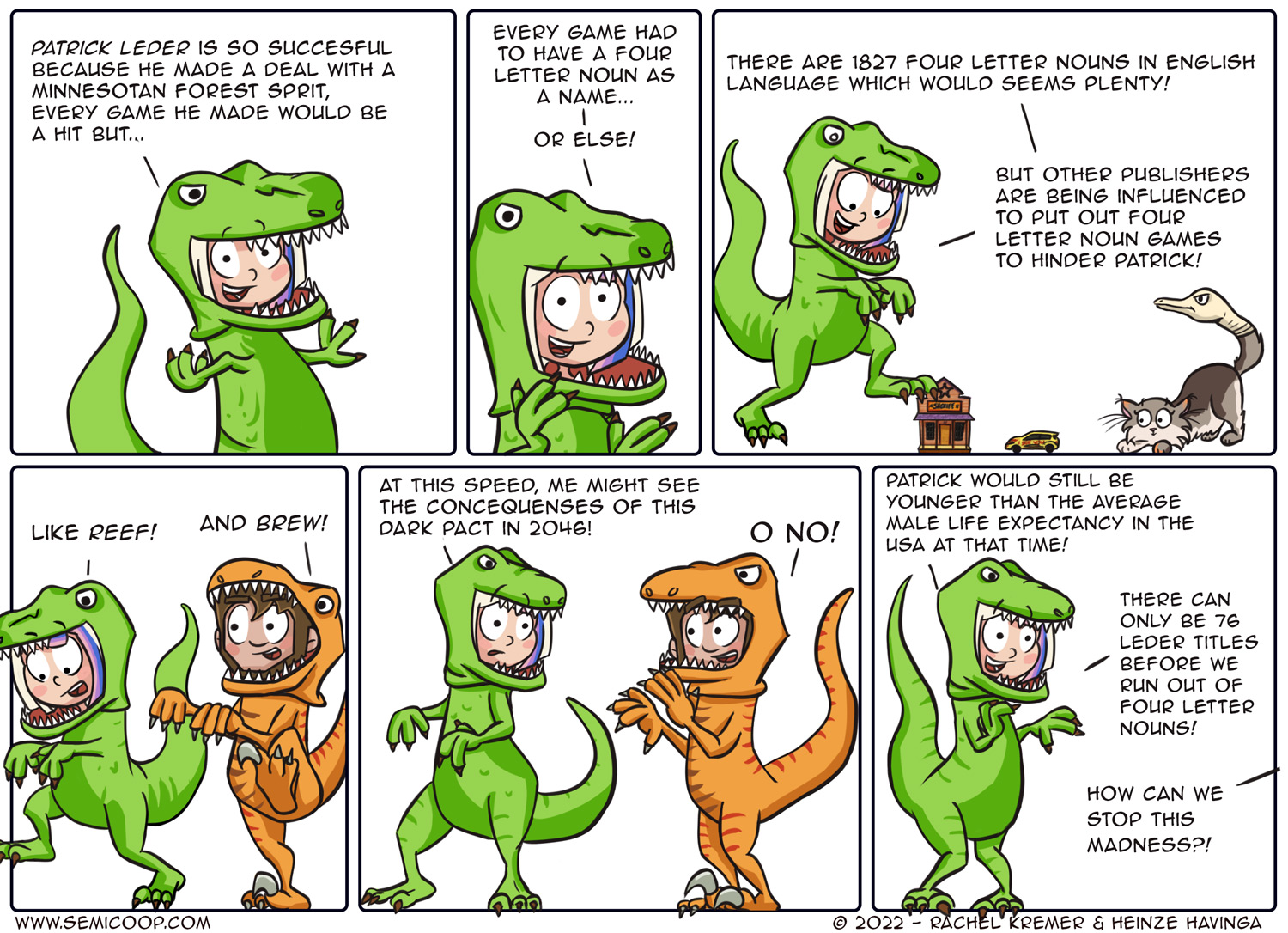 Hey everybody! Rachel will be taking care of her mother for the next few days because she has broken a number of ribs, so there wasn’t time to draw a new comic today. Luckily after browsing through our lovely archive we realized it would be completely in style to change up the dialogue on our dinosaur comics parody from four years ago, so that is what we did!

We actually did all the analysis on this in 2020, when during lockdown it might seem to be a fun idea for a video. We’re not completely sure with the slowdowns in shipping and production of games we still might see a 2046 date for running out of four-letter nouns but it is probably still pretty close.

While it looks like we won’t be playing any games this week, we actually played a lot of things last week, we continued our Pandemic Lagacy Season 0 and King’s Dilemma campaign, we also played Great Plains which proved that Lookout’s “Two player” series is an incredible series of solid games. Other than that we replayed some modern classics like Splendor, Sushi Go and Space Base, which are still very very good.

I’m off to keep things running smoothly around here, hope you have a great week!

What four-letter noun should become Leder Games’ next game?

I’m most looking forward to ‘CODE’.

I would envisage it as an assymetrric card programming cooperative game. Players are trying to make robots perform tasks, but each player has unique abilities – Like making functions to execute, or making the same program run for multiple robots, etc.

Because it will be anything but a flop. IRONY!

I’d like ‘BOOK’. Mostly because it sounds like a caveman demanding enlightenment and I’d love to see what kind of concept they come up with.

On the same note, I’d be terrified of what a game called ‘WIFE’ would entail.

SUIT, a game about corporate management or maybe WORK, the worker placement game where you are the worker.

TUNE, an asymetrical semi co-op game where players are different instruments trying to compose a song together while securing the largest solo part for themselves.

Of course I secretly hope for COLE, a solo game about managing your duties as a cabbage farmer at day while balancing it with your passion of being a game desinger at night.

However it appears that Patrick Leder has tricked the spirit. ARCS has shown us that plurals of three letter nouns confirm to the agreement, expanding his options by about 1000 possibilites. 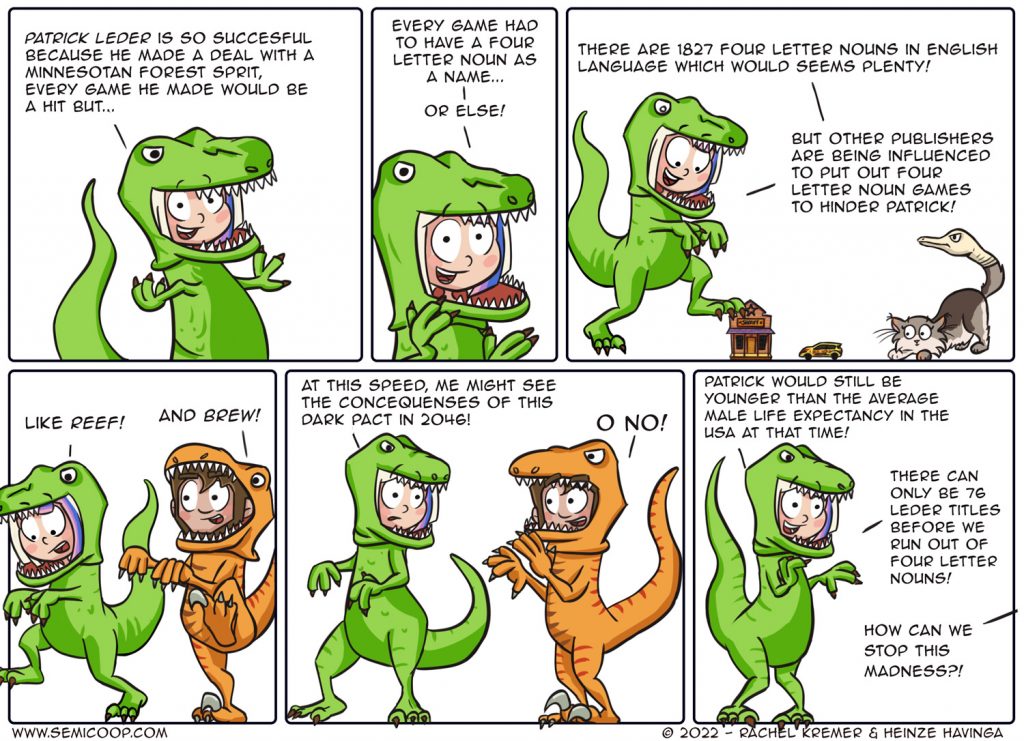