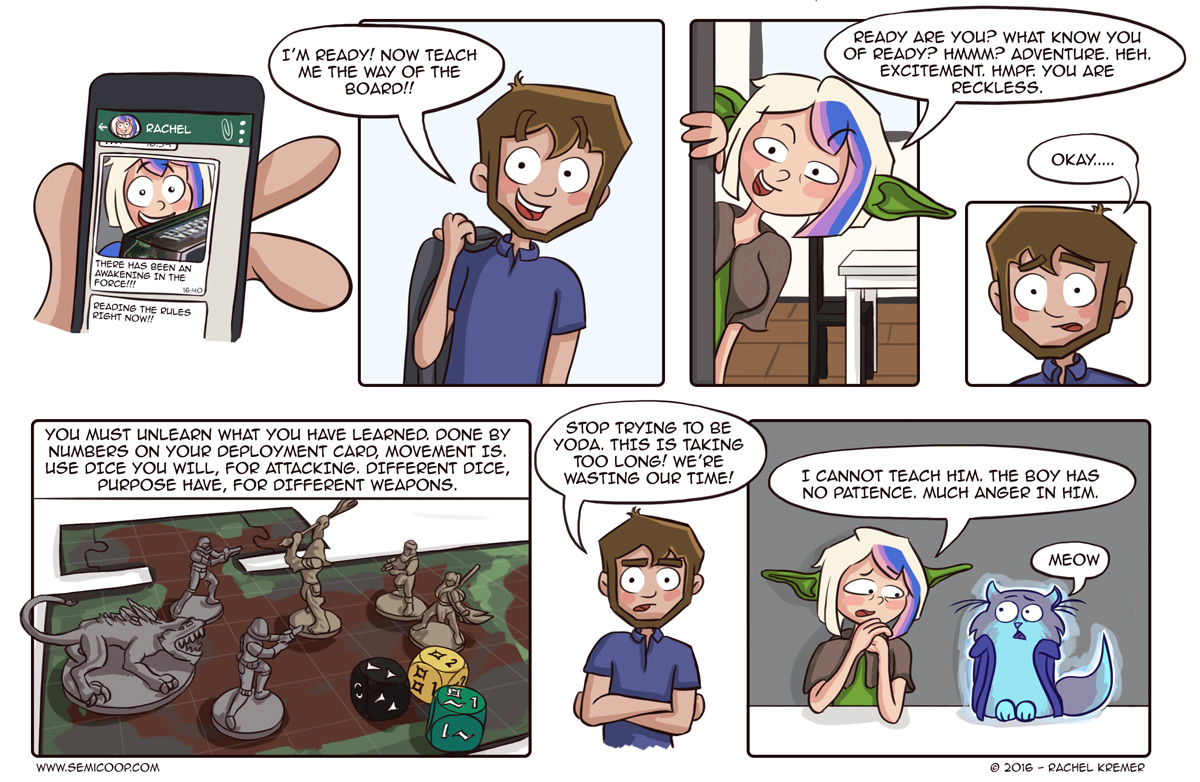 A follow-up comic of last week’s comic! We now own Imperial Assault, hurray! We haven’t been able to play it very often yet, alas.  We’ve only played the tutorial and play one skirmish map – but it was a lot of fun! Well, it was fun until Darth Vader walked into the room and force choked my group of heroes and ruthlessly killed Luke without hestitation. Splendid.

We’re gonna stick to the skirmish games for now. We’re not sure if the campaign will work well with just 2 players and we want to get to know the game a little better. Another question is: do we want to paint the miniatures or not? The most realistic answer would be: NO. We’ll just end up with 10 painted figures and the rest will remain grey and relatively boring. But it is tempting when you see pictures of the game with painted miniatures. Sooo pretty.

The game works just fine with 2 players just play like you have 4 players you just control all the figures.

Laughed my head off at that panel.

Whomever is better at multitasking should be the rebels at 2. By the end of the campaign they have a ton of powers and coordination is needed and that’s hard on your own for sure.

AHAHAAH!!! Brilliant!
Me and my girlfriend also recently bought and started playing Imperial Assault. We skipped skirmish and went directly into the campaign. Works very well with 2 players (the light side player either controls 4 heroes or 2 heroes with the legendary reward each). We’re having loads of fun! Give it a try ASAP. You won’t regret it.
We’re gonna paint the miniatures for sure, but first we have the finish the Mansions of Madness paint job.

I can’t recommend enough Sorastro’s Imperial Assault painting tutorials on Youtube:
https://youtu.be/nHHfZ1mH-Uo
I believe he only has one more video left to finish covering the starter set.

Favorite miniature game for me is X-wing, Imperial Assault is a close second. Difference is with IA I don’t feel I need to buy everything, just enough to replace the cardboard chits with minis and that isn’t a bad thing.

Why does the comic appear so blurry and unreadable to me on my phone?

Thanks for letting us know. Could you tell me what phone + browser your are using? We had this complaint once before but aren’t able to identify the problem so far. Hopefully we will figure it out soon!

I’m using an iPhone 5s with Safari. Everything else looks great, but the comic looks like a very small resolution pic was stretched up to size rendering it unreadable. Kind of crazy.

Yes! Paint them. I thought I would also have 10 painted figures and a year later, I had painted them all. Makes that particular game so much better.

You could also play 2 players (each controlling 2 characters) and use the app for a full campaign playthrough if you didn’t want to play against each other. I’ve played through almost 4 full campaigns and it was great every time. 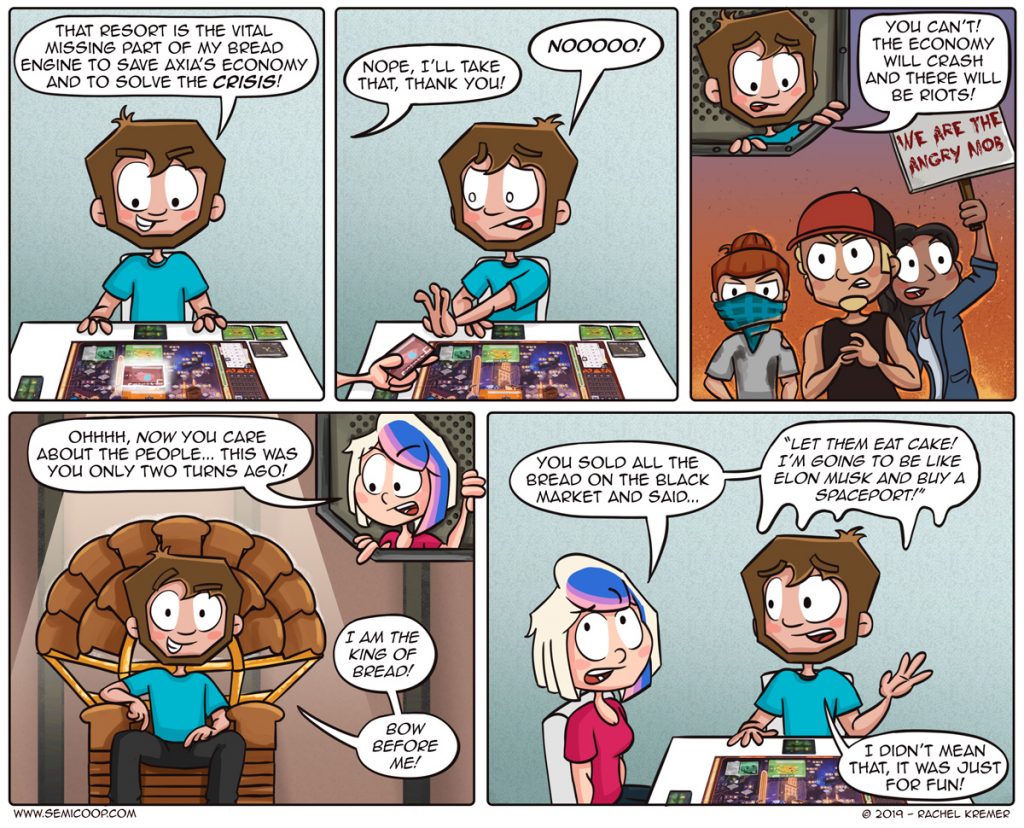