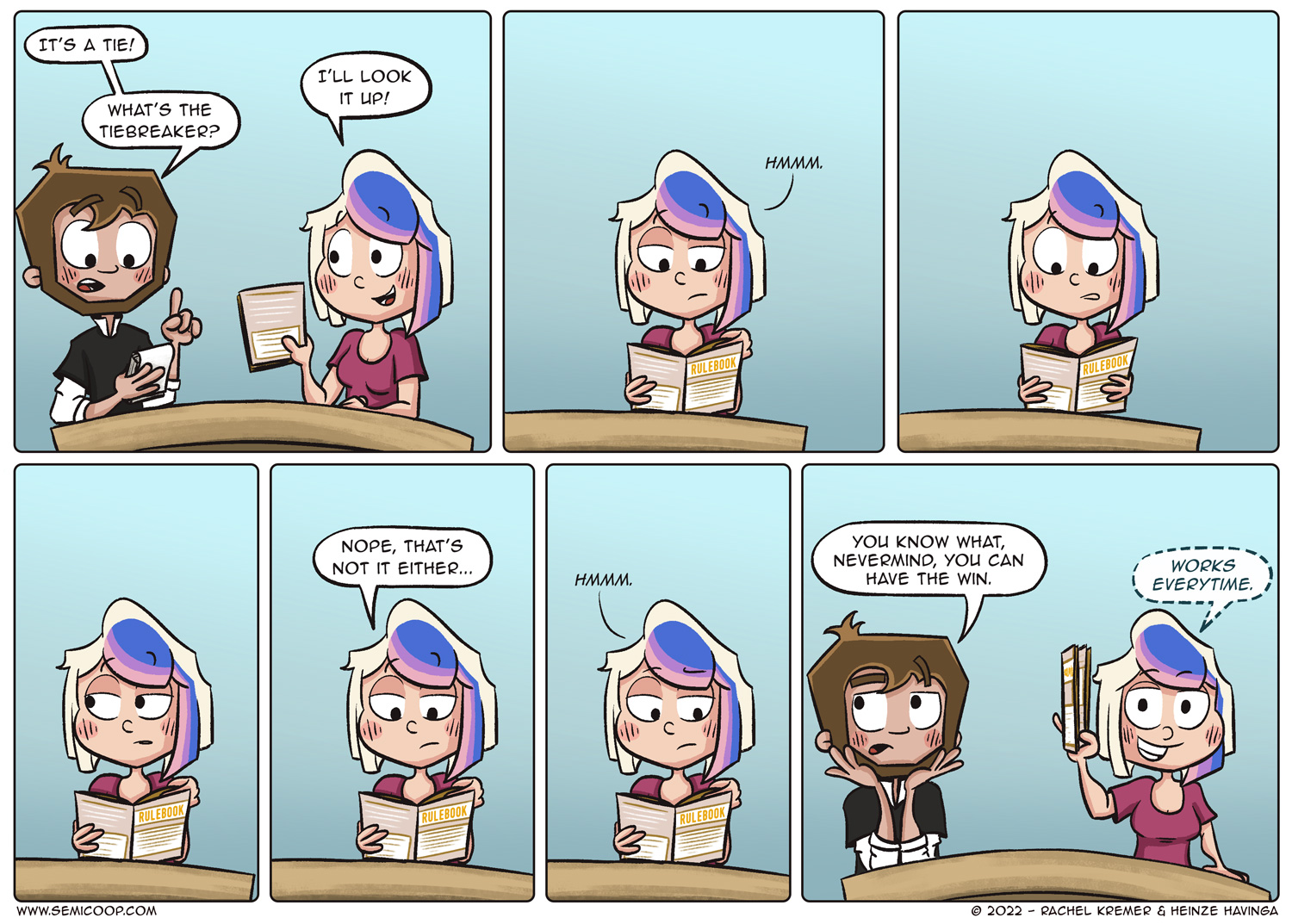 Ahh, tiebreakers! Even though we don’t need them that often, we’re always curious what the tiebreaker for a game is. Besides the strategic element (does it matter to have resources or coins left at the end e.g.) it’s also fun to see how many tiebreakers there are before you can declare that victory is shared. I don’t recall which game it is, but there is a game in which the rulebook says that if players are still tied after a set of tiebreakers, they should order some pizza and play the game again to determine the winner. Contrary to my cartoon alterego, I don’t mind too much if there is a shared victory.

Last week we’ve played an always fun game of It’s a Wonderful World and that same night we played the most surprising game of the week: Sneaky Bastard. We’ve had this little card game at home for a while but never got around to playing it these past months. It’s an auction/bidding game about real estate with a fun twist. Every player has two Sneaky Bastard cards they can use and when they do… a second auction starts on the bids on the real estate bidding. Creating an auction-within-an-auction situation. This leaves players with the dilemma that if they offer a lot of money for a house, they know that one of the players bidding in this second auction, will gain all the money of the winning bid in the house auction. The only cards that are worth “points” at the end of the game are actual house cards, so they’re a really cool balance going on in the game. Absolutely a game you might want to check out if you’re into auction games.

In the vintage category, we played Tell Me: The Grand Quiz Game, or as it’s called in Dutch: Super Pim Pam Pet which clearly is the superior name. 😉 It’s not a creative game, but fun enough to have a good time with friends. During a picnic on Saturday, we played two games of Ticket to Ride: London and Sunday we played some KLASK and Kombo Klash! – clearly it was a day for games with a letter K!

Oh and in case you missed it, we’ve published a fun commissioned comic about Sniper Elite last Thursday!

Do you mind sharing a win?

Played so much co-op games lately, I’d be a very unhappy person if I couldn’t share a win.

That said, I come across as very competitive. I try my best to win games, but it’s not mandatory to enjoy the game. While I’ll often analyze my play to try to improve, that’s part of what I enjoy in games. So similarly, if there’s a tie without a breaker, I’d be thinking of how to improve next time. I do like tie-breakers though. If they’re well defined they can prevent a huge argument about who “really” won.

Do I mind sharing a win?

Well, the proper answer to that question is: “Did I have fun playing the game? If yes, then I don’t mind at all. If no, then I am grumpy I wasted my time on a game that wasn’t fun.”

Hey, the pizza tiebreaker rule is from Evolution.

I don’t mind sharing a win, it’s so rare I’m the winner, I’ll take what I can get!

Ohh, it was Evolution! Thanks! 😀 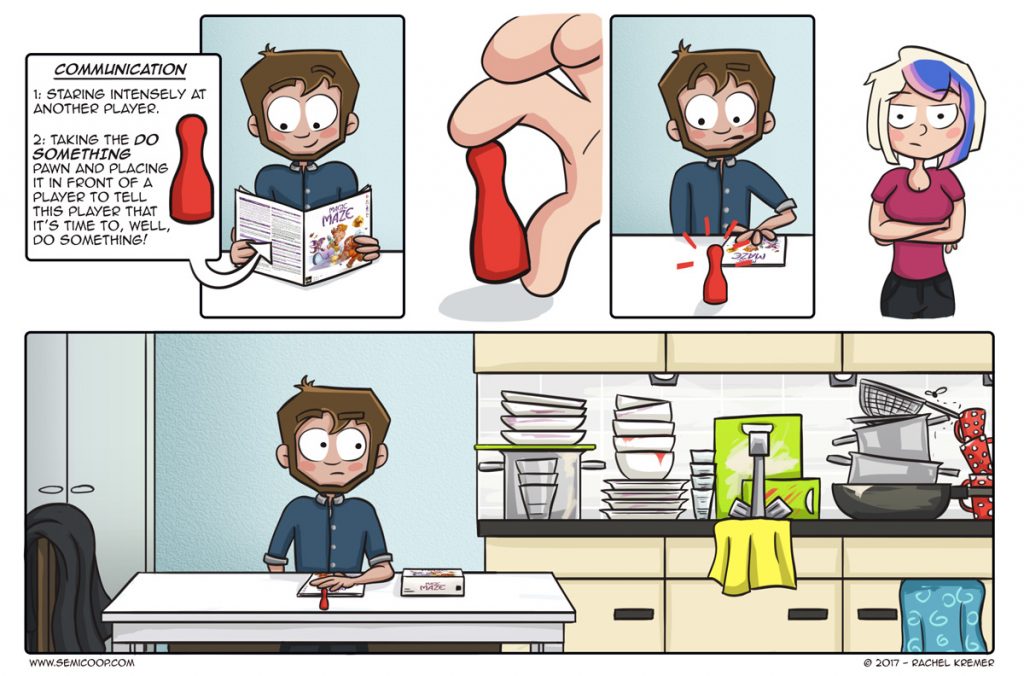