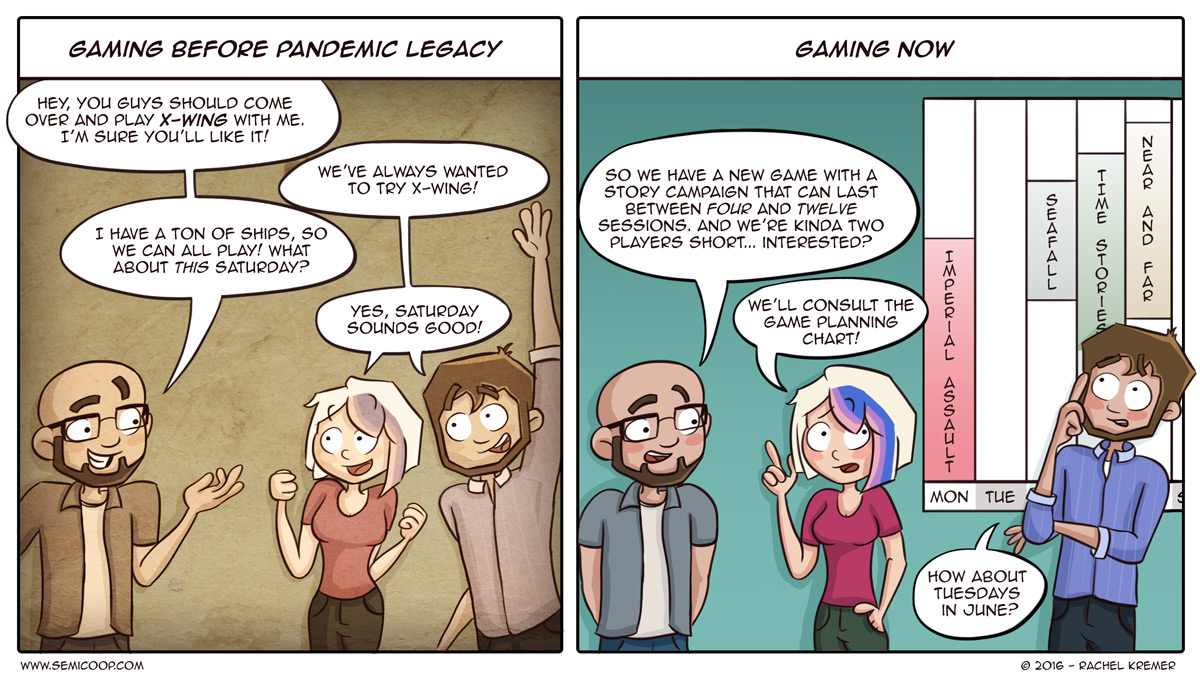 This has already changed the way we’re playing games, a little. We like to play it at least once a week if possible. So at the moment the only campaign game we’re playing is Imperial Assault and we’d like to keep it at one campaign game at the time to prevent the comic above becoming a reality. 😉

Speaking of campaign games: Near and Far! We’re psyched about the fact that this was announced and will be a Kickstarter project in the (hopefully, near) future. We simply love Above and Below and can’t wait for an even more story driven game that takes place in that same beautifully illustrated world. And a little bird told us that the extra encounter book that was only available through the Above and Below kickstarter will be available as a stretch goal. Dubble win! I do hope the little bird wasn’t lying.

Are you currently playing a game with a story campaign (or maybe even more than one)? Which one(s)?

Most of the games in my playgroup belong to myself or one of my friends. These campaign games really solidified for me the idea that an investment only nets you x fun. I had previously purchased Pathfinder: Adventure Card Game with the first year’s entire campaign – but I can play through it multiple times. I’ve avoided these games (even though I’ve heard nothing but positive things about both Pandemic Legacy as well as Time Stories) partially because I’m trying to put together a playgroup and convince them to make it a group purchase. Hasn’t worked yet though 😛

The recently released Road to Legend app for Descent 2.0 has made that campaign system a lot easier to pull out and play, even for low-number groups and solo-players.

just play more x wing that is all

T.I.M.E Stories. We play a scenario about once every 6 months, because one of our group moved to Scotland.

Sherlock Holmes Consulting Detective. We played the first case long long ago with our T.I.M.E Stories group, waiting for a scenario to come back in to print. And now we don’t know with whom to continue.

Arkham Horror LCG. Me and my husband play with the two of us, so it’s easier to get to the table, but still doesn’t happen often. 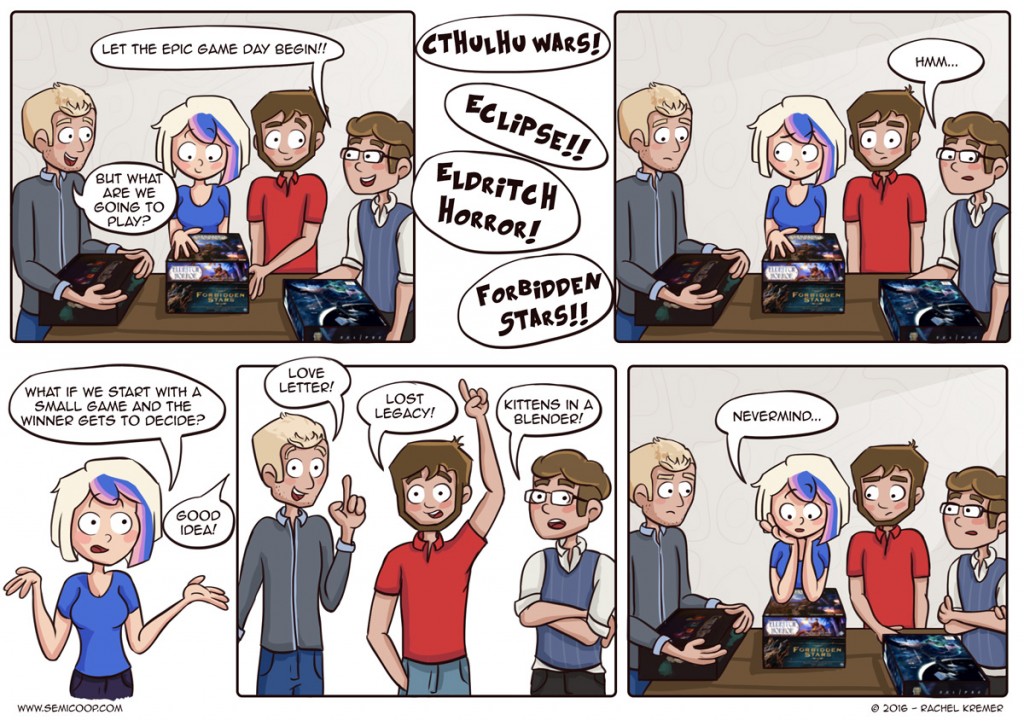