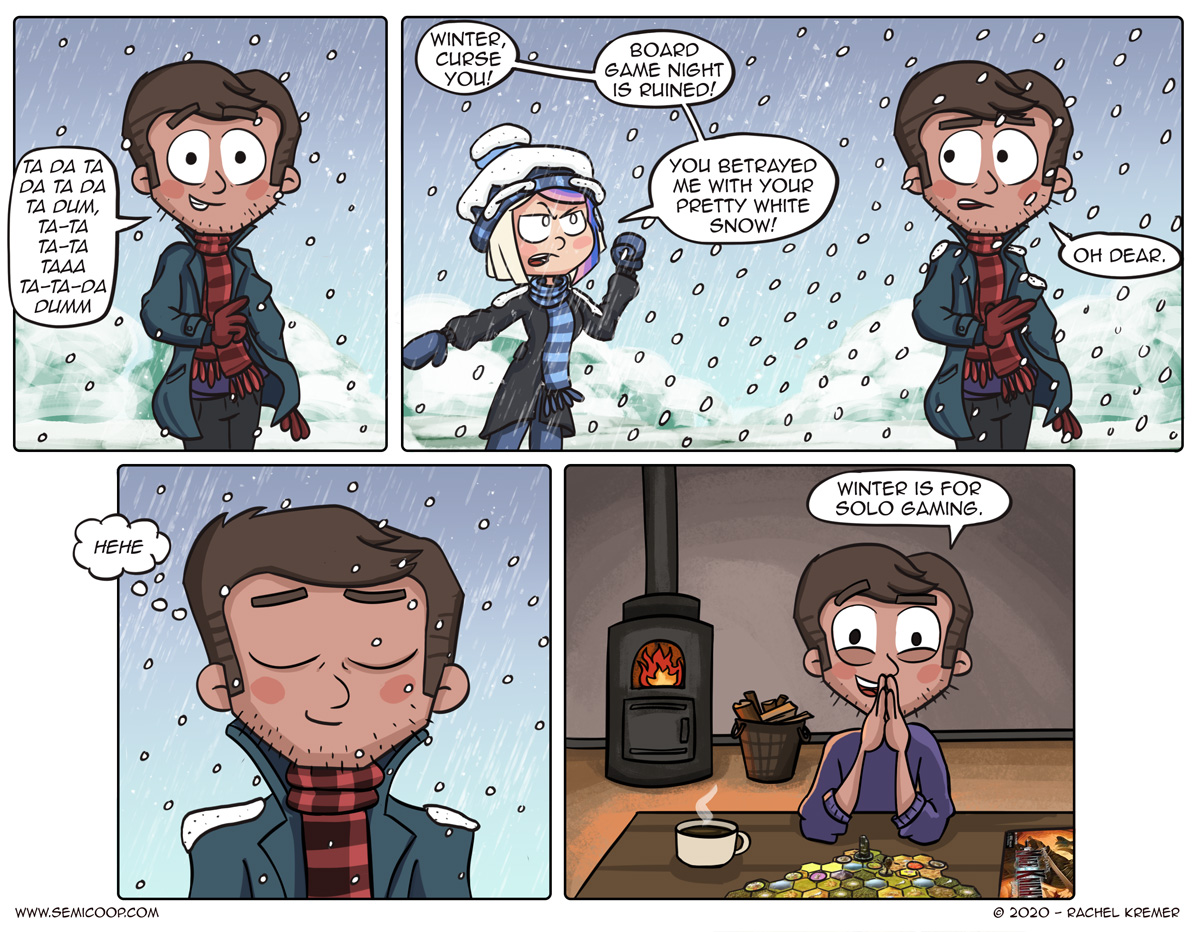 Last week’s comic resulted in two types of comments, the first one was Dutch people calling us out it isn’t snowing over here, the second type was people saying they enjoy solo gaming in the winter. We had a hard time not instantly reacting to them as we had this follow up comic planned.

While we both like the Oniverse games like Onorim, We’re by no means well versed in solo gaming while it has been getting really popular over the last year. There are BGG guilds, reviewers that cover only solo games, and a growing number of games include a solo variant or are even designed to be played solo. It’s cool to see and even though we’re not sure solo gaming is for us, as it isn’t so much the game but the company we enjoy about gaming, we hope it continues to grow and push gaming forward.

Speaking about gaming with company, this week we had our first D&D session with our D&D group of the year, we proudly painted our 3d printed minis but unfortunately, we didn’t encounter any combat during the session. We also completed the final case in the Thames Murders box of Sherlock Holmes Consulting Detective! This is something we have started in 2014 and have been joking about in 2016 and again last summer. The experience has been totally worth it and we really recommend anyone who wants a really tricky detective game to really dig into. We’re not completely sure what games we are going to play next with our Sherlock group but we’ll probably enjoy some regular games before committing to another big campaign-style game.

Speaking about campaign games, Friday we’re going to start with the King’s Dilemma and we are hyped, it will be frustrating not to be able to talk about it too much because of spoilers but we have gotten a great group together and a lot of people on social media have been saying they’ve really enjoyed it. Hopefully, it won’t take us six years to complete this one… 😅

What is your favorite solo game?

Right now it is a tie between Terraforming Mars, Viticulture, and Arkham Horror. I know, I know… all very different! But it depends on my mood., and probably the weather too.

Burgle Bros. It makes me feel like I’m 10 years old.

Oh, but there’s so many: Maximum Apocalypse, Elder Sign, Camp Grizzly…I could go on for a while. 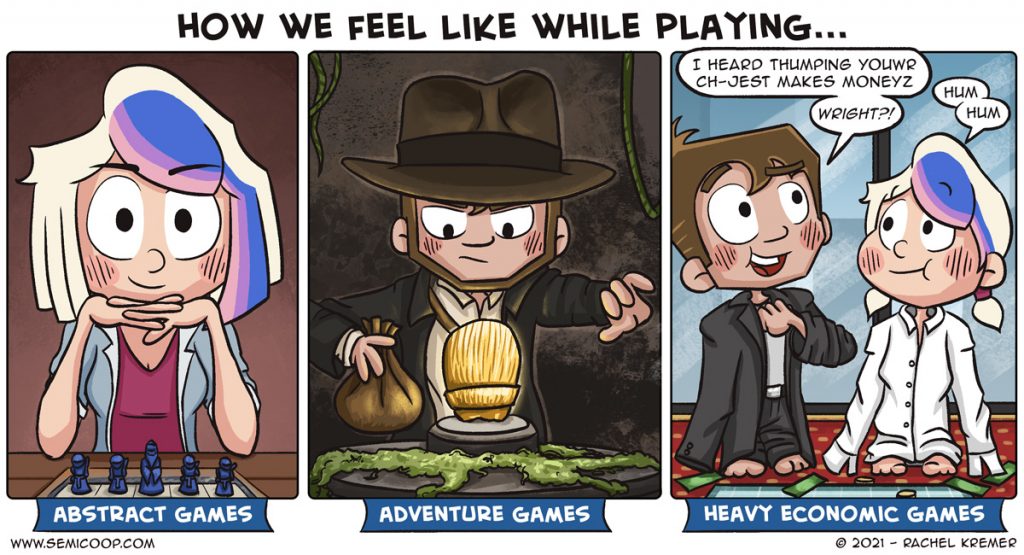