Sorry, not sorry, for this joke. We couldn’t resist turning it into a comic! :’D

So last week, the day came we knew that was coming… we finished The King’s Dilemma! We read that a lot of people didn’t like the ending of the game, but I guess we were not those people. That said, part of our group did not like the ending and felt it was out of place and a little convoluted. Despite not having played the game to “win” and mostly making choices from a roleplaying perspective, I surprisingly came in second place! It’s a good thing that there’s a Kickstarter for its successor on its way, The Queen’s Dilemma, because we’re definitely backing that! We’re going to have to seriously kick off the King’s Dilemma dynamic with this group since we started playing the game back in January 2020 (including a long Covid-break). We’ll mostly be with six players from now on, so if you have some excellent tips for games that play well with six – let us know in the comments!

Other games we played last week were Oltréé, Sagrada, Jenga, and P for Pizza! Still mostly lighter games but, hopefully, I’ll have the headspace for meatier games in a few weeks. And in other news… next week, Ambie Valdés will be launching a Kickstarter for her children’s book Board Game Day! and I’ve illustrated it! It’s such a lovely project and I can’t wait to share it with you all in a week! We’ve been working on this for almost a year and it’s exciting to see it becoming an actual book. 🙂

And if you’re interested in Semi Co-op art prints, it might be interesting to know that we send those to our patrons! If you become a $5 (or $10) patron before this Saturday, we’ll also send one (or two) art prints your way! You could also support our silly comic for just $1 a month and that grants you access to the Sketchie comics we publish on Patreon on the first Wednesday every month! If you become a patron now, that means there are 19 Patreon-exclusive comics waiting for you. 🙂

Tbh, I’m not sure it’s right for you, but Age of Steam is the rare game on the euro side of things that not only pulls off 6p, but even shines at that player count with the right map.

In high school we had a gaming club and the teacher would run a D&D adventure every few months. He had a wizard NPC character he would send along with the group as “support”. Which means he was very powerful, but very absent-minded and really didn’t help immensely. One of his favorite things to do was after a battle where a character died, the wizard would bring out two rods, never able to remember which was the Rod of Resurrection and which was the Rod of Disintegration. 50/50 shot on which one he’d end up using. 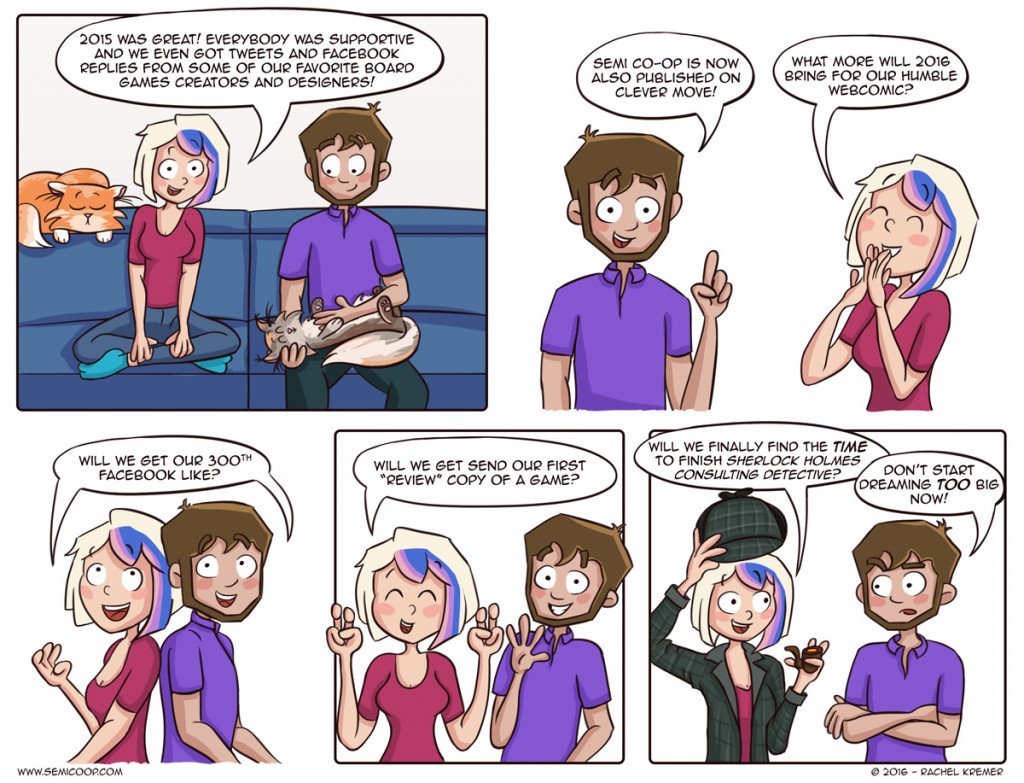