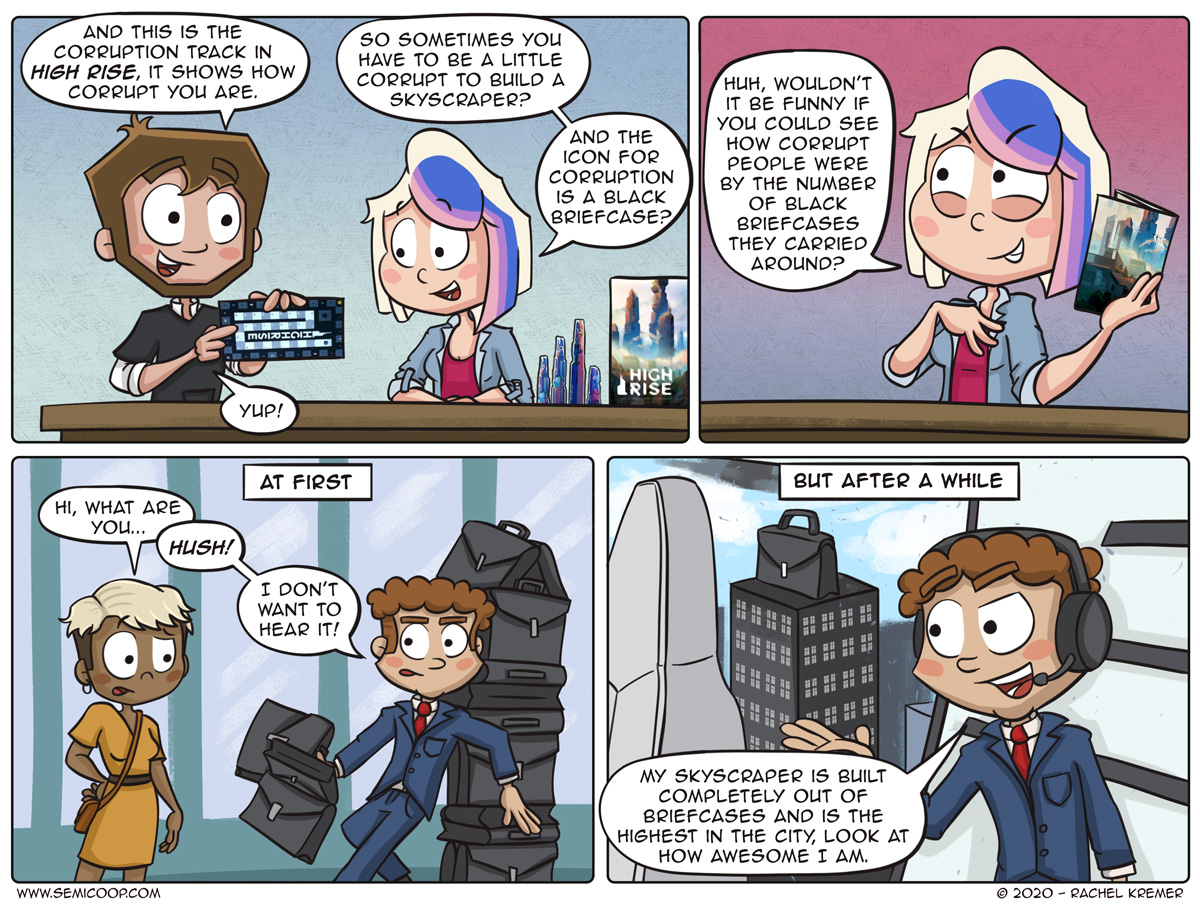 High Rise is back on Kickstarter so we thought we give a little love since we really enjoy it! We might be a little biased as we played High Rise on the Tabletopia stream with its designer Gil Hova. But then again, he beat us so hard we wouldn’t have made a comic about it if we didn’t think it’s a good game. 😉

High Rise a city-building game in which you build skyscrapers and sometimes have to be a little corrupt to stay ahead of the competition. The corruption mechanism is something we really enjoy in games and we can only name three games that use it: High Rise, Lords of Waterdeep (when using the expansion) and London even though it is called poverty in that game. The games give you corruption points for doing certain actions, these are often more powerful than other actions but you might pay the price later in the game. The costs of that price, often in negative victory points, however, depends on the amount of corruption that is taken by other players. So it helps to take a close look at your fellow players to see how much corruption they are taking on and if they might be making moves to get rid of any corruption points they may already have. The nice thing about such an interactive mechanism is that what you should be doing to win is very dependent on how the table is playing which prevents people from getting stuck in their favorite winning strategy and it keeps the game from becoming stale.

Speaking of games that play great on Tabletopia and use a novel mechanic, we played Villagers yesterday on Tabletopia and we were pretty impressed. It is a pretty light and quick game in which you collect a medieval village and every villager has a specific job like a miner, a lumberjack, or a priest. Some of the jobs can be upgraded resulting in more victory points but less efficient engine building. This makes the timing when to upgrade a little more interesting as you can get stuck with a victory point heavy village that won’t grow anymore. We were also delighted to find out that Haakon Gaarder did both the design and the illustration which is a very impressive feat which not a lot of people do.

This week we don’t have super concrete plans about what we will be playing be I suspect Truffle Shuffle will be played as it’s is becoming our favorite short game when we just want to do something fun for thirty minutes. And then there’s Flat Out Games’ big title Calico which we really enjoy. So many games to choose from though! 🙂

What do you think is an underutilized mechanic in board games?

For me one of the most complicated, but at the same undeutilized mechanic is making your own ships in Eclipse. After playing with it it seams… weird that in other games (especially big, 4X games) usually units are exactly the same in each game. It feels… strict? Unrealistic?
In Eclipse each game is different based in many cases on technologies that appear.

I’ll have to try out High Rise.

Corruption is also used in the co-op The Others: 7 Sins. Sometimes you have to use it as a temporary boost to defeat the monsters and protect the city, but the more you use it the more susceptible you are to falling to the forces of evil and weakening your team.

Corruption is also in Cleopatra and the Society of Architects. At the end of the game, the most corrupt player is “fed to the crocodiles”. THEN scoring takes place. So you have to balance using corruption to get ahead vs having too much and being out of the game.

Second the ship building or unit customization in general. Any game where you have to think about what roles your troops fill and how to tweak them to best fit that role is amazing.

High Rise is a strategic city-building game with a bit of corruption. You can get bonuses on your actions by gaining Corruption, but the game will periodically penalize the most corrupt players, and everyone loses VP for Corruption at the end of the game. The game features wonderfully high skyscrapers resulting in a game that looks great on the table and is fun and fast to play. Support us through affiliate links or visit your local game store! Amazon.com 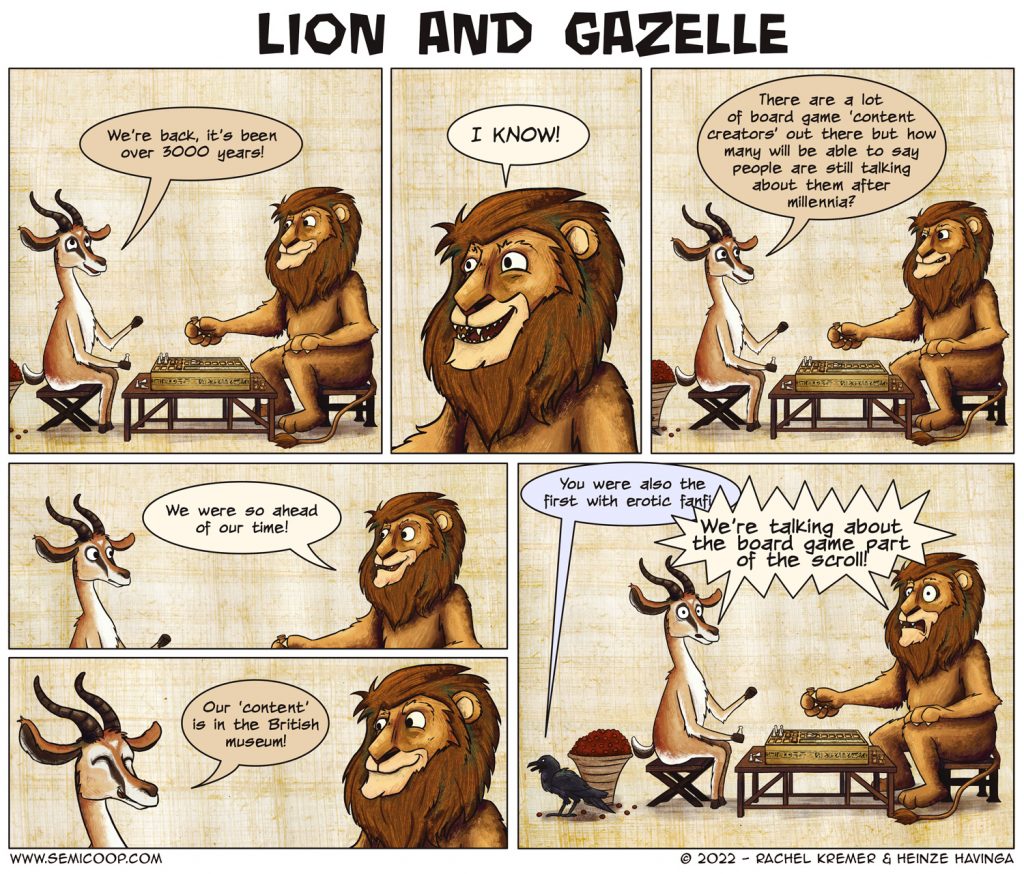