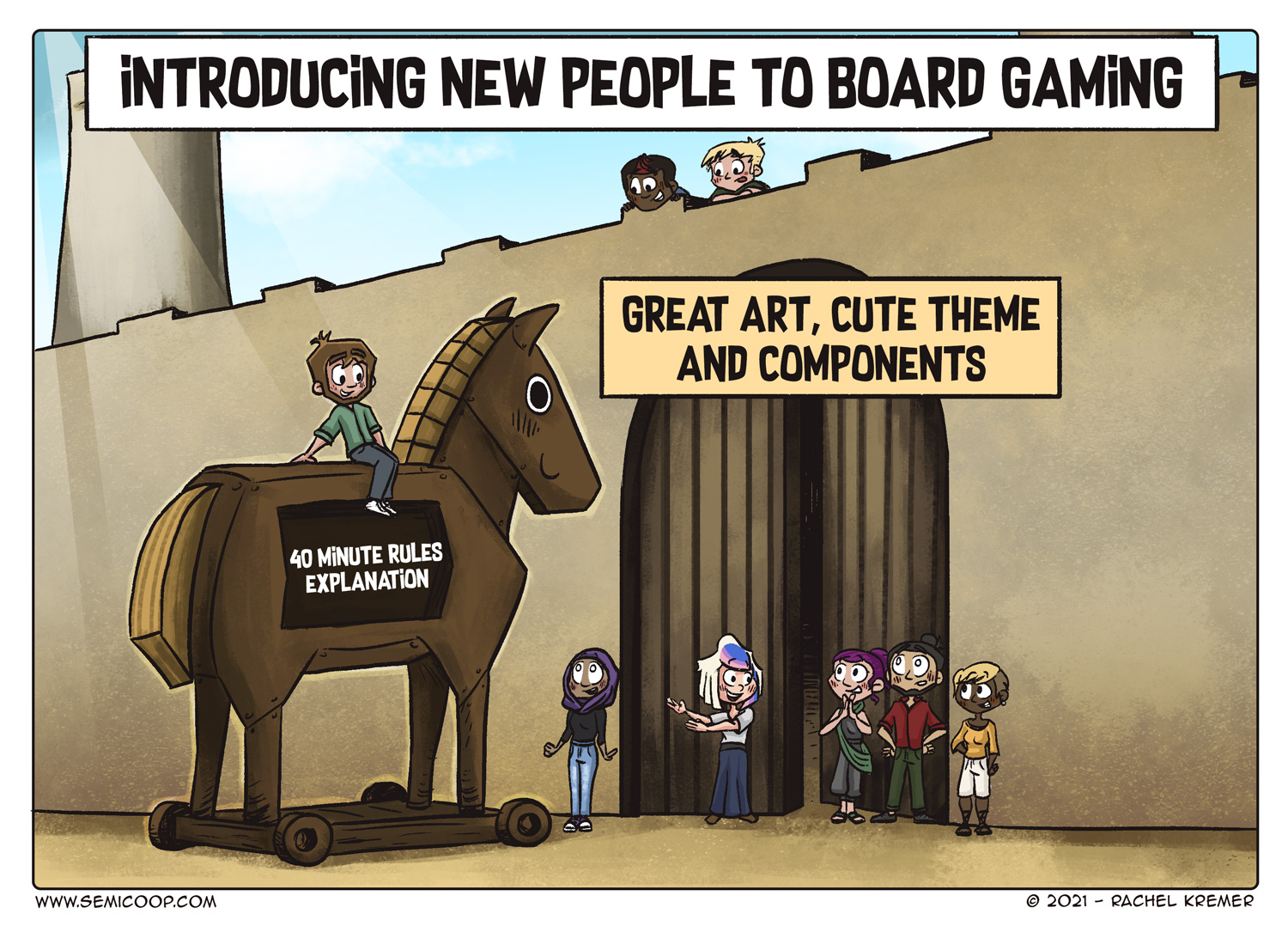 Getting friends excited to try new games is something everyone with a bigger board games collection will run into and it requires knowing what would be a good ‘hook’ to persuade certain people. We have some friends that don’t like certain art styles, or games that lean on role-playing, so we know we’ll have to find some other enticing aspect to get people interested. Often this is the theme or certain components, or maybe just saying it won’t take THAT long. 😉 We don’t try to trick people into playing games they don’t want to play but sometimes you have to lure them out of their comfort zone a bit so they can experience something we think/hope they will enjoy.

The fun thing about this is that it’s not only gamers doing this to each other, but publishers doing it as well. Anytime Vital Lacerda and Ian O’ Toole team up we’re so tempted to get the game even though they are too heavy for us to enjoy or even get to the table regularly, but just look at the Weather Machine cover! You just want to live in it!

Speaking of games with a great hook, yesterday we played some Gods Love Dinosaurs and it’s just full of cool little details and mechanics that get us excited. We haven’t heard a whole lot of hype around it since its release last year but the smart ecosystem building mechanic combined with some delightful animeeple figures are great. We definitely going to introduce this to some friends to play it at higher player counts. We also took a little holiday in a wooden mobile home and played two games of Rummikub as the mobile home contained a small collections of games like Yathzee, Chess and Rummikub. Rachel had only played it a few times in her life it but for me it’s a game that used to get played loads during family camping trips, so playing it while staying in a mobile home gave it just a bit more of a vacation vibe. We did notice that the way my family plays it might not be fully within the rules but it does offer a bit more combo potential. It’s a bit hard to put into words but our family has the rule that if for example, you swap out a joker with a tile for your board, you’re also allowed to use additional tiles from your board to make a new series using the joker. The rules sort of seem to hint that these multi-step turns might not be legal but since it makes the joker less powerful we kept it in. We were also reminded that the Rummikub joker is a very scary piece of board game art…

This week we’ll be playing What Next from Big Potato and we’re very excited about it. A choose-your-own-adventure game mixed with dexterity challenges seems like a fun gimmick that has to potential to be very immersive. We’ll very likely post some videos and photo’s on social media without getting too spoilery.

How do you get people interested in a game?

I usually rely on things like introductory games or, in the case of EDH/Commander for Magic, which is my preferred format, share what makes me excited about the format as well as helping newer players actually build good decks so that they can sit down at a table and have fun without worrying about suddenly being curbstomped by the other players.

….As long as we aren’t sitting at the same table as the CEDH players. Those people are crazy and build decks that will kill everyone at the table within four turns at the slowest.

It’s really all about knowing people’s tastes. I can get half my group with cute animals and the other half with press your luck.

That’s actually exactly how I learned Rummikub as a child. It makes me wonder if there was a rules revision sometime. 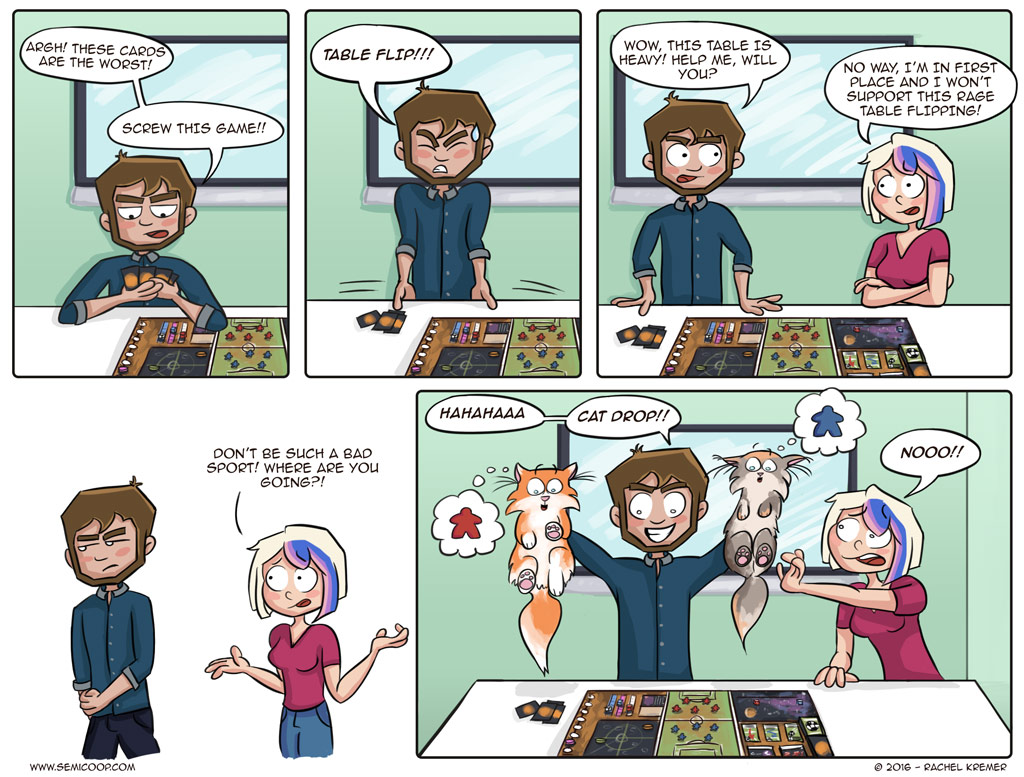