We are utterly spent, but very content. THE UK GAMES EXPO IS OVER! We had a wonderful time and were super impressed with the atmosphere and everybody demoing games and running events. The main two halls were big enough to never be bored for three days, plus it had a lovely open gaming area, but if you felt like a change of scenery the nearby Hilton was like a tiny convention on its own.

We’ve played a lot of games, ranging from unpublished prototypes to games that have been out for a while. Of the unreleased games, we really liked Holding On: The Troubles Life of Billy Kerr by Hub games, Ruthless by AlleyCat games and Heroes of Tenefyr by Broken Mill games, which all will have Kickstarters or be released this year so keep an eye out. We’ve also played The Captain Is Dead, which is a fun co-op Star Trek parody, and Rising 5, which is a cool co-op game in which you’re trying to solve a Mastermind-like puzzle. We also bought and were gifted some games by publishers so the coming weeks will, deadlines allowing, be filled with trying them all and see if they’ll be nice comic material. 🤓

But enough about games, the best part is meeting new people and friends at cons. Last year at Essen was our first con experience which led to a lot of new friends so the UKGE was like a great big reunion! We hung around with Actualol a lot and had a great time playing and chatting with readers, content creators and the Netrunner crew out of Enschede who had come out in force to the UK!

Next, to these general short encounters, we also did two big things with awesome people. We took part in an epic Crystal Heart roleplaying session DM’ed by Eran of UptoFourPlayers about a party of Syn agents, played by Behind The Box, Mike and us, trying to win in a Gumbo cooking contest! It has probably been 10 years since we played a proper pen and paper RPG, but everybody had a great time and Eran always made sure you would know what to do and what the options were. Aviv joined us near the end and quickly drew this amaaaazing sketch of the final battle.

No Pun Included invited us to join there musical panel show which was a ton of fun too! Tom Vasel, Jon who Gets Games and Rachel squared of against Rahdo, Actualol and Heinze to see who would be the best at guessing which games were the subject of ten songs written by Elaine of No Pun Included. We had a great time and as far as we heard everybody had and hopefully the video will be online soon (don’t worry, we’ll let you know) so you can see Rachel’s epic winning move!

Have you ever been to a convention? If so, what is your best memory?

Glad you enjoyed the Expo and it was great to meet you both. I also had a wonderful weekend.

It was amazing to meet you guys!

I think the best moment is when I realised that we had almost run out of cards – meaning we had amassed around 600 new cat pics over the weekend!

Also, just meeting you guys, Rory O’Connor, and seeing so many friendly faces.

Great to meet you both! Hopefully see you there again next year (I’ll not be at Essen this year).

That Savage Worlds / Crystal Hearts rpg was a hoot! Great stuff. A true lesson in the value of having a GM who pours their heart (and a lot of gumbo) into every scene – and players who’ll let everyone have their magic moments.

I also liked the bit at the end where he asked us all what our characters did AFTER the adventure. It worked really well and I’m stealing that idea XD

It was amazing! I advise you to check back here in an hour or two, you’re going to like this week’s comic. 😉 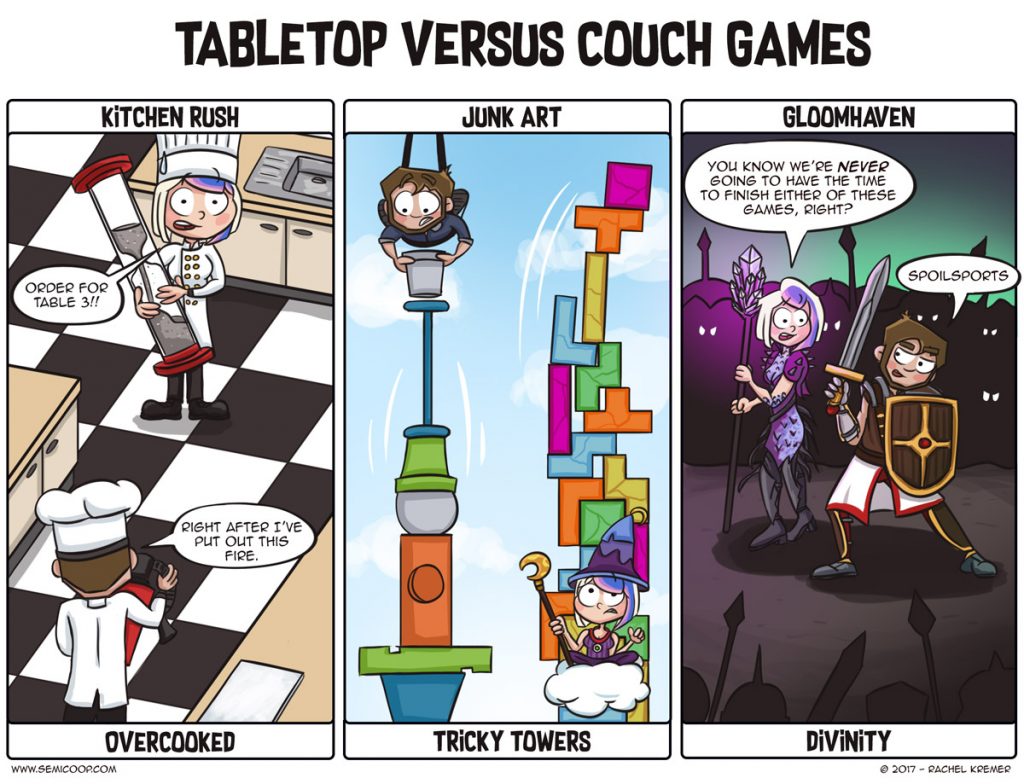