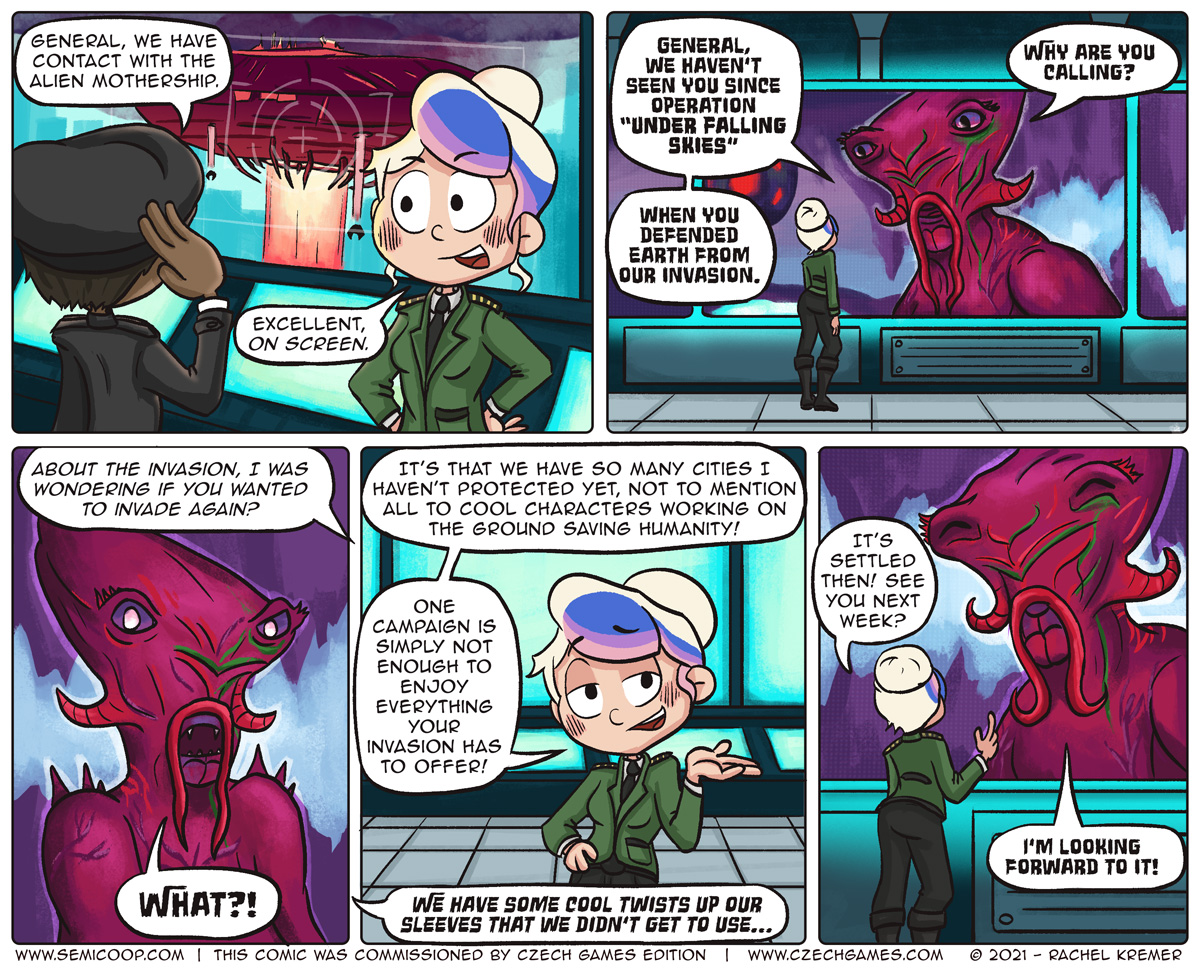 Some of you may know that Under Falling Skies started as a super minimalist print & play game – only 8 cards and a handful of other components. Even back then, it offered surprisingly high variability. But with the retail version…we went pretty crazy. The small box weighs over 1,400g (over 3 pounds), and it’s packed with cardboard from top-to-bottom.

Most of the content is presented through a four-chapter campaign. You reveal new stuff as you progress, similar to a legacy game, but nothing gets destroyed. You can combine all of the unlocked content in standalone games, or you can go through the whole campaign again as Rachel does.

Thanks to how the campaign is generated, it offers a different experience every time you play through it. Before each game, you prepare two piles. Each pile contains a city being attacked, a scenario presenting a new challenge, and a character that joins your team. You choose one of the cities you’ll try to save, while the other city is automatically lost to the aliens…

So, after finishing the campaign for the first time, you’ve actually only tried about half of the content. When you generate the piles in this manner, even if you prioritize what you haven’t seen yet, you will need to play the campaign up to five times before you would try every piece of content at least once. And I am not even talking about different combinations. It’s a very different experience evacuating civilians from Mexico City with the help of Colonel Jackson Moss, than doing the same in Montreal with a reporter Samantha Legrand. If you add in the stronger sides of cities and characters, the adjustable difficulty, advanced sky tiles and other features, you are looking at a number of combinations in the order of millions.

I am really sorry, if you were looking forward to the next Semi Co-op comic, Rachel might not be available for a while…

It appears they have a symbiotic relationship 😛

In this solo game with a multi-mission campaign, you will take charge of the defense of major cities that are being invaded by Aliens! Actions are powered by an innovative dice placement mechanic, creating quite a puzzle for you. Higher dice numbers are nice, but they also have consequences you will have to deal with! 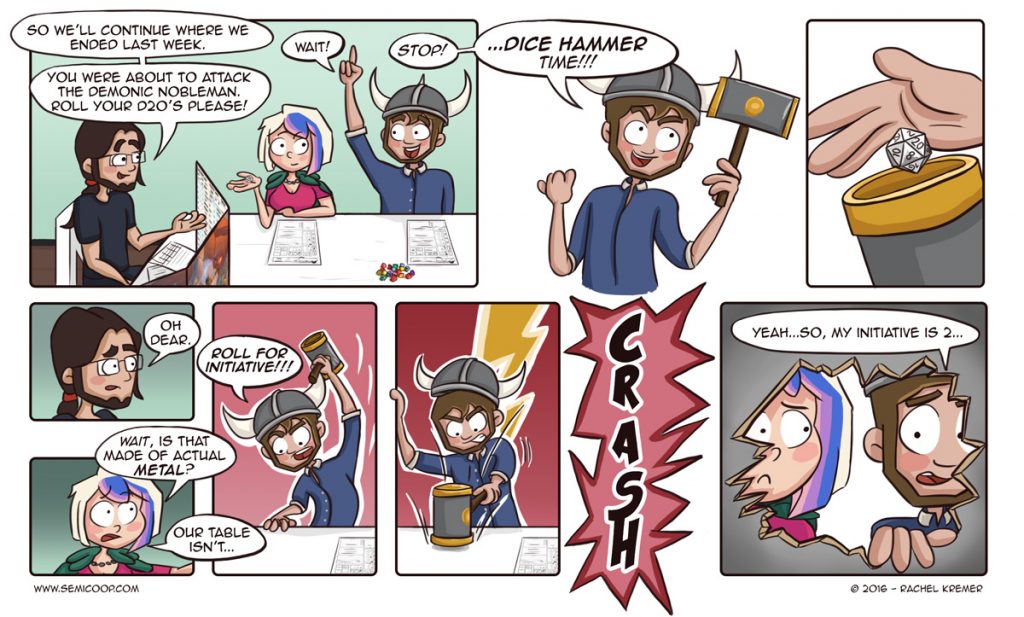