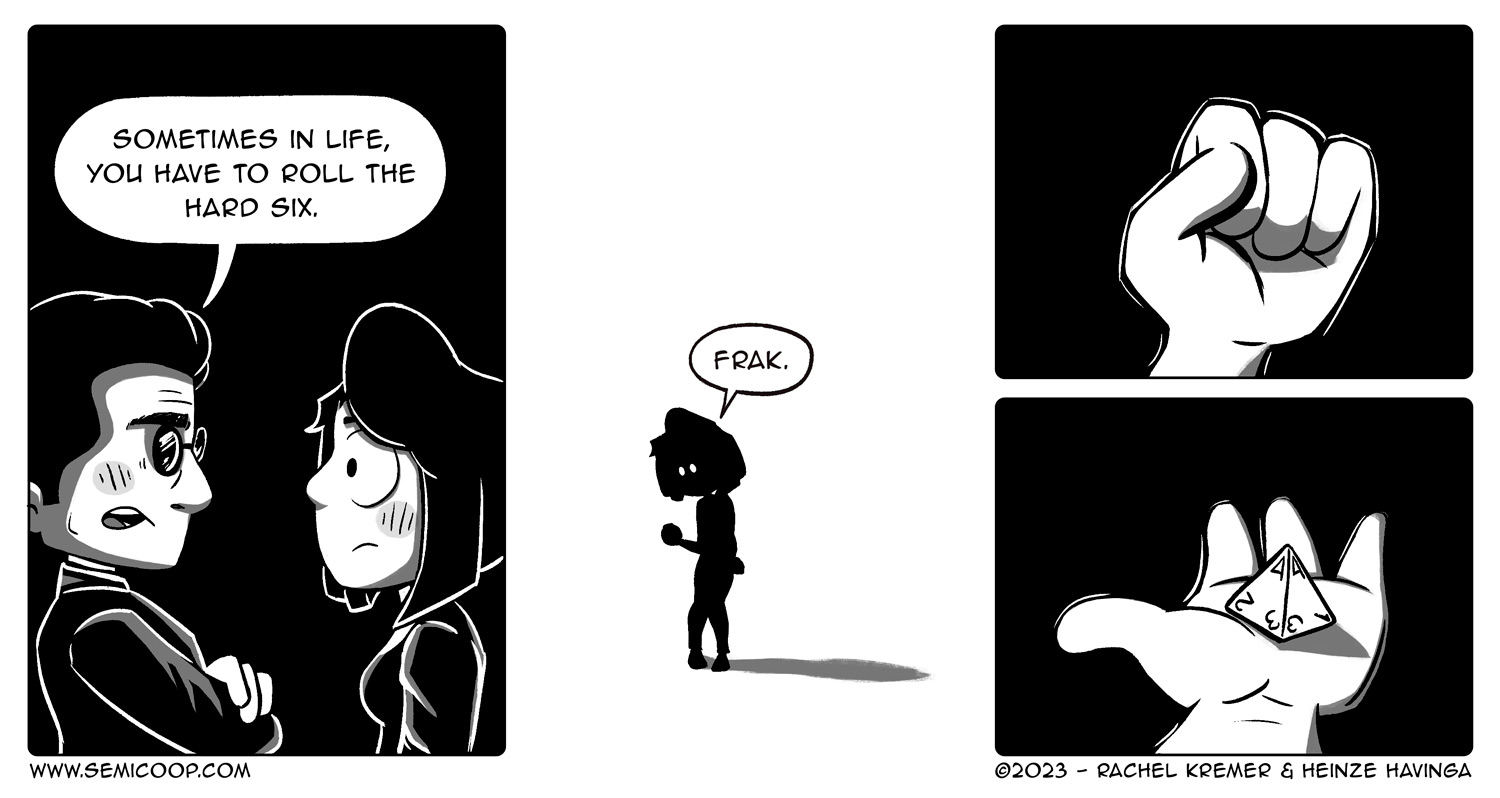 A slightly different comic this week – it’s an ode to two things! First of all, Battlestar Galactica, of course, and the art style of this comic is a wink to Three Panel Soul. I’ve always enjoyed their bold high-contrast-styled comics and thought it would be fitting with this comic idea that we had.

Although we only played three different games last week, they certainly were interesting ones! First of all was Mind MGMT: The Psychic Espionage “Game”. We didn’t get the opportunity to demo the game at SPIEL the year it came out and last week a friend of ours apparently bought a copy of the game! Not just the normal edition, but the fancy Kickstarter edition and we were amazed by the detail in and on the box. We love all the little scribbles and secret messages that seem to be everywhere and since the game is based on a comic, they’ve really added a layer of storytelling. If you’d like to learn more about Mind MGMT, you can read more about it on our Instagram account.

On Friday, we started our Artisans of Splendent Vale campaign! We had been staring in awe at the contents of the box and in particular the four chunky storybooks. Every playable character has their own book and the biggest parts of the text in the books overlap between the players but regularly a certain character has something specific to tell about a subject and adds to the story. We loved the dynamic that created! Another detail we liked was that every character book has descriptions of the other characters, but everybody knows something else about the other players. This immediately sparked an interest in all the characters and made sure we talked about these characters. The combat in the game was light but challenging enough to be interesting and we made it through the first “scenario” unscathed. There’s a lot in this box and the world already feels so rich that we cannot wait to be exploring it all in the coming months… probably year(s). 😀

In the weekend, we played Alchemists with The King’s Golem expansion! We had played Alchemists before, but that was many years ago. I kinda forgot how difficult it was to get the deduction puzzle to click in my head. And when I thought I had it figured out, I didn’t come to the correct conclusions as the other players. As it turned out, I somehow mixed up a red plus with a green plus… making most of my assumptions wrong by default. Ai ai ai ai. That was a shame since I only just discovered it in one of the last rounds, so there was nothing I could do to correct my mistake. Ah well! That’s life! I think the expansion is a fun addition when you’ve played the game multiple times and are familiar with the puzzle of the base game. If you’re new to the game, we’d recommend not adding that extra layer of difficulty.

Have you ever rolled a hard six?

If that means a six-sided die, I’m pretty sure everyone who reads this has rolled a hard six. 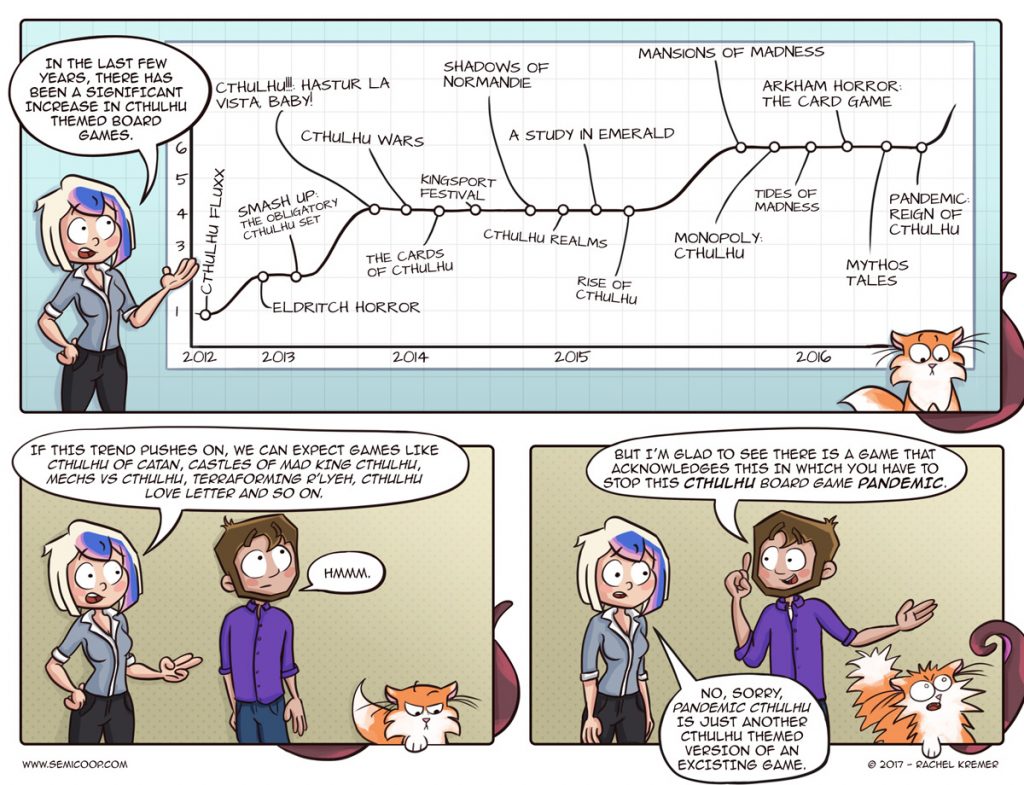