Spiel 2021 is over and we had a blast. Four days of finally seeing loads of our international friends again, german bread at breakfast and of course a lot of games. We came back this afternoon and we’ve been trying to focus on finishing this comic and blog post and honestly, it’s a bit of a struggle not to walk away and just start reading some rulebooks of some wonderful new games!

This year we were secretly hoping that with a smaller Spiel and the shipping crisis, there would be fewer games to see and while this was the case it didn’t make us feel less overwhelmed by everything on display. I’ll try to highlight some games we thought were interesting.

First up is Riverside by Chilifox Games, we normally don’t like roll & write games but after playing this with some lovely people from Denmark and the UK in the hotel lobby on Saturday evening we bought a copy the very next morning. It’s a game about being a boat captain, filling seats, and selling tickets to expeditions like polar bear safaris in a nordic environment. The inclusion of a modular board to represent the boat’s journey made the game a lot more interesting than roll & writes with just a scoresheet.

Speaking of roll & writes, Vengeance: the Roll and Fight is a pretty brutal real-time roll & write game about John Wick-like figures fighting their way through loads of baddies and trying to have their revenge on a boss character at the end. I rolled so badly even the designer Dávid Turczi came over to see how this was possible. It’s on pre-order right now and if you want to experience a chaotic action-filled roll & write, this game will fulfill your wish!

We also really like Mobile Markets which apparently is a streamlined version of Mobile Inc. While we never played Mobile Inc., we really enjoyed this game about designing and selling smartphones as it feels very rooted in reality without getting lost in the minutia that heavy economic titles tend to do. The graphic design is also very good as the whole game is played on an overview of the rules on the boards, which made it very easy to play after a short rules explanation. It’s not quite a gateway game but I do think this game could work very well in helping people get excited about economic games.

I’ll keep it to these three but we’ll be talking and showing pictures of loads of games over on our Instagram the coming weeks, so follow along as we’ll be slowly discovering all the games we brought home from Spiel.

Before we ask the question of the week we would like to thank the Hub Games crew for hanging around with us after hours, Peer Sylvester for demoing games with us on Friday. Peter Rustemeyer for saying hi and assuring us the last scenario of Paleo is just really freakin’ hard. Beneeta K for hanging around on Saturday, Happy Luza and Will & Sara from Tantrum House for having lunch on Sunday. Paul Grogan for once again hosting his legendary meetup in the Fritzpatrick’s Pub. All the publishers for running a great show and the demo’ers for doing a wonderful job. Lastly, we would like to thank all the lovely people coming up to us to show their love! We hope to see you all next year!

What do you think is the most interesting Spiel release? 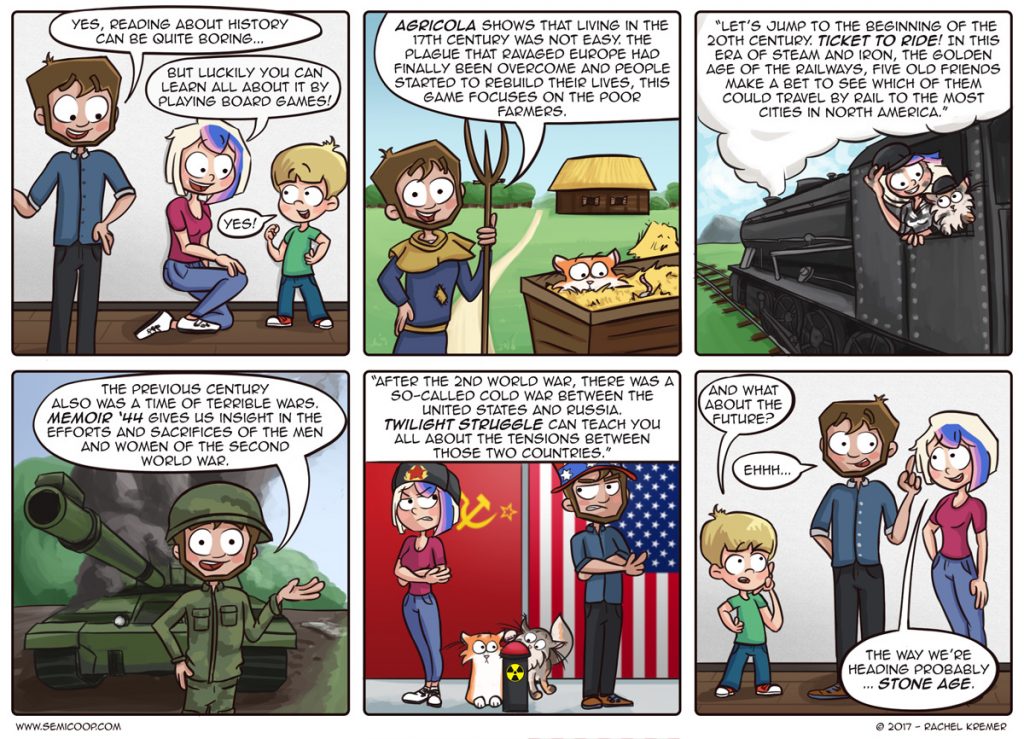