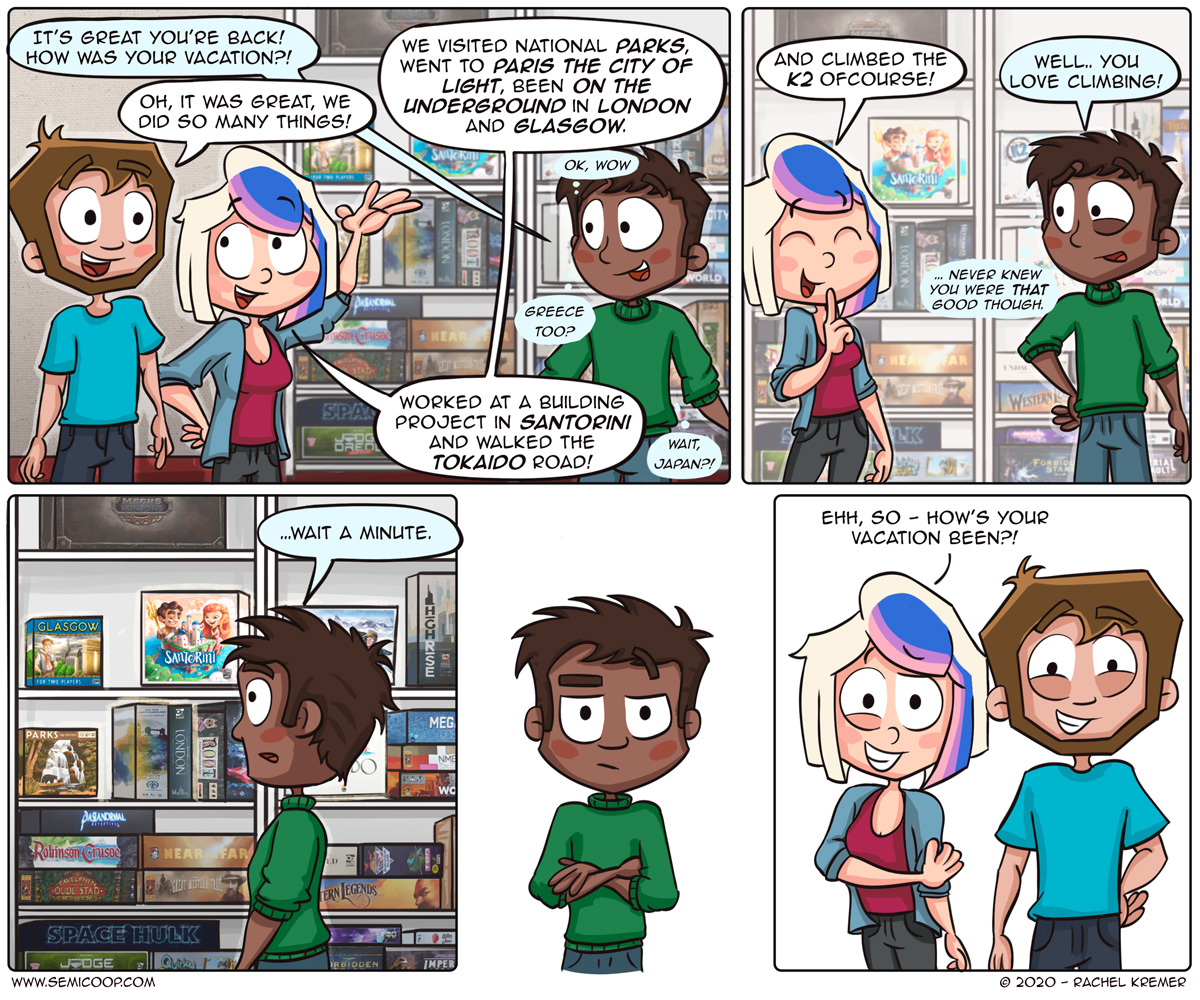 We are back! After three wonderful guest comics (and some sponsored content) the regular weekly comics resume! We hope you didn’t miss us too much!

We both had the month off and while we didn’t go on a “real” vacation we had a good time bouldering, taking long walks and doing small things to improve our house. We also celebrated our fourteen anniversary as the world’s most kick-ass couple and even played some games! We really enjoyed some lighter/ party games this month with Can’t Stop (played live on Alex’s stream), P for Pizza, and Blockbuster as highlights. Games are a great way to spend some time together and especially in these times when real contact is a bit rarer, it’s nice to have a game you can play while catching up or just have an excuse to laugh while misquoting movies.

We also played three games of Mansion of Madness and revisited some favorites like Great Western Trail again but I think we’ve talked enough about those in previous blog posts. It’s just wonderful that board games can deliver such a broad spectrum of experiences, while it’s mostly just cardboard and some plastic that comes alive through some rules.

It’s been a weird year and with Digital Spiel coming up, it will be even a bit weirder. Normally that is the moment we see loads of friends and check out all the new games but we’ve started to realize that digital conventions aren’t really our cup of tea. It’s going to be interesting to see how this will affect the second half of the year, which normally consists of only playing new titles. Looking at the size of our collection however, it maybe isn’t such a bad thing. 😉

In which board game universe would you like to take a vacation?

Honestly, you pretty much hit the nail on the head with Tokaido. The whole premise of the game is basically a great Japanese vacation.

To be slightly more creative, though, I’d like to visit Dinosaur Island, provided the security is up to snuff.