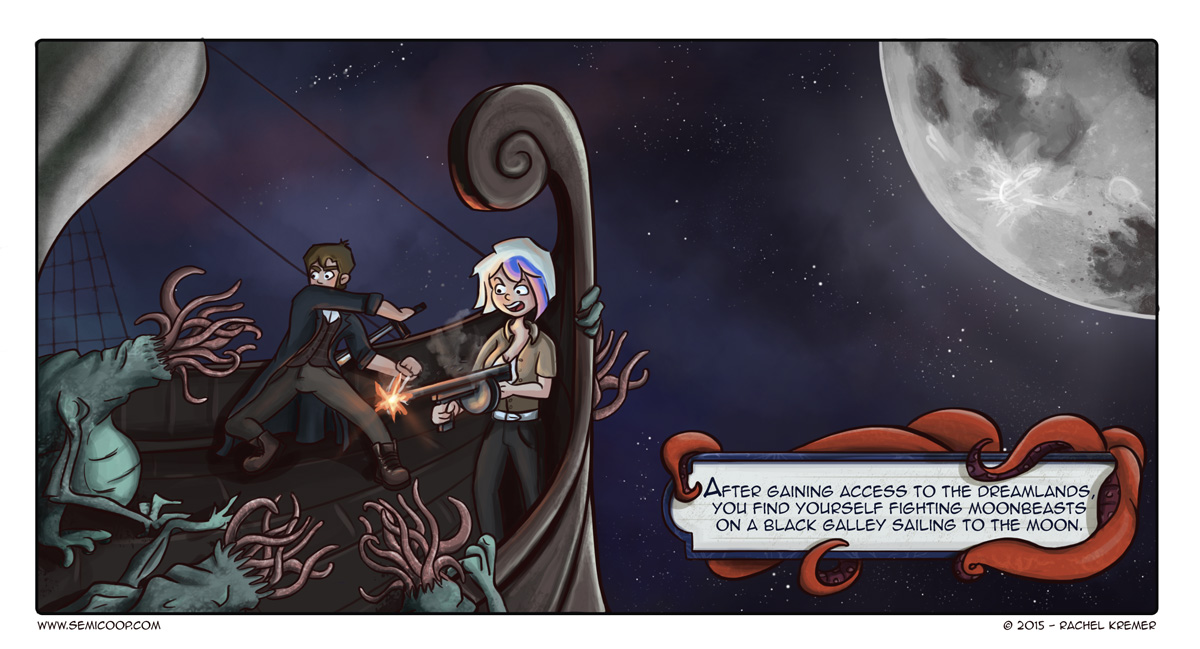 The first time we played Eldritch Horror with friends, we came across the card with this text and we were all like: “What the?”. And that’s what I personally love about Eldritch Horror. The game is loaded with unexpected story elements and your investigators go through the weirdest and most terrible of things. That’s if they manage to stay alive, of course. We probably lost the game more often than we defeated the Ancient One.

It’s not a game we play too often, it’s one of games we want to plan a day around. To take our time and read aloud all the cards and use (silly) voices and use heavy accents to set an atmosphere. You just want to end up with that character that has taken on a dark pact, has hallucinations and has been lost in space and time and in a ‘friggin forest on the moon. It’s just good story. Until you flip over that Dark Pact card of course, because that means something terrible will probably happen to you.

Hah, now I feel like playing the game again!

I don’t see forests on that moon…

For me Mice and Mystics : great story all along the game

i like this game. mice and mystics is also fine. i dont play with a fixed group of people so mice doesent hit the table as lot as i want. glad i printed out the dutch version of the story book though, its hard to play a enlish game with dutch children or annybody that has a hard time reading english text. somthimes we even change language, even if evrybody is dutch, the main language will somtimes be english. (gues its for the atmosphere? or it goes automaticly becous of the english games?).
i usaly go outh of my way to get a english copy of a game, (even if there is a dutch version). i know to manny translasion issues, and expansions first come avalable in english.

This is one of those games where you gotta read the flavor text on the cards, and in the most ominous voice you can.