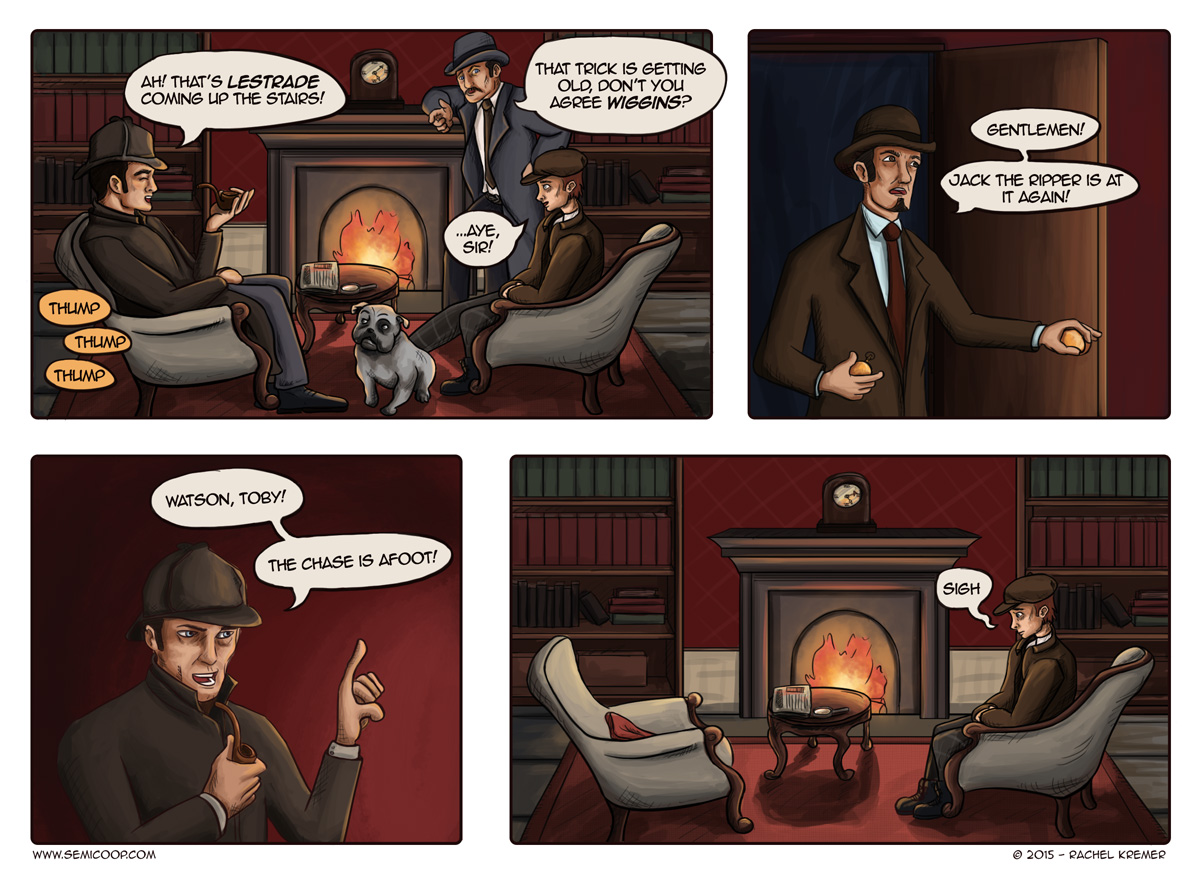 The latest addition to our game collection is Mr Jack Pocket. Basically a very smart two player cat and mouse game in which Jack the Ripper tries to stay out of sight of Sherlock and his team or tries to outsmart them while being seen. It’s a quick portable game that takes about 15 minutes and worth checking out if you’ve never heard of it and are looking for a smaller game with a smaller price tag for two players.

Now, about that team of Sherlock… my first reaction was: What about Wiggins?! We’ve played a few cases of Sherlock Holmes Consulting Detective and in that game the team clearly exists of Sherlock, Watson and Wiggins!

I tried to draw the comic a little in the style of the artwork of the game, but I somehow ended up channeling the art style of Tiny Wooden Pieces a bit as well. Check out their great comics about board games if you haven’t already. 🙂

My favorite is the full sized Mr. Jack. It’s deduction but it’s clearly defined enough that my wife loves playing it with me. She finds the Letters From Whitechapel style games too logic heavy for her liking. We do also love Pocket. I keep it in my micro game carrying case of awesomeness. Keep up the great comic!

to mutch games to still try.

Jack the Ripper is loose in the streets, disguised as one of many innocents in the streets of Whitechapel! In this two player game, one player plays the investigators and the other player will be hiding in the streets as Jack the Ripper. Can Sherlock, Watson and Toby find the vile Jack before time runs out? Support us through affiliate links or visit your local game store! Amazon.com 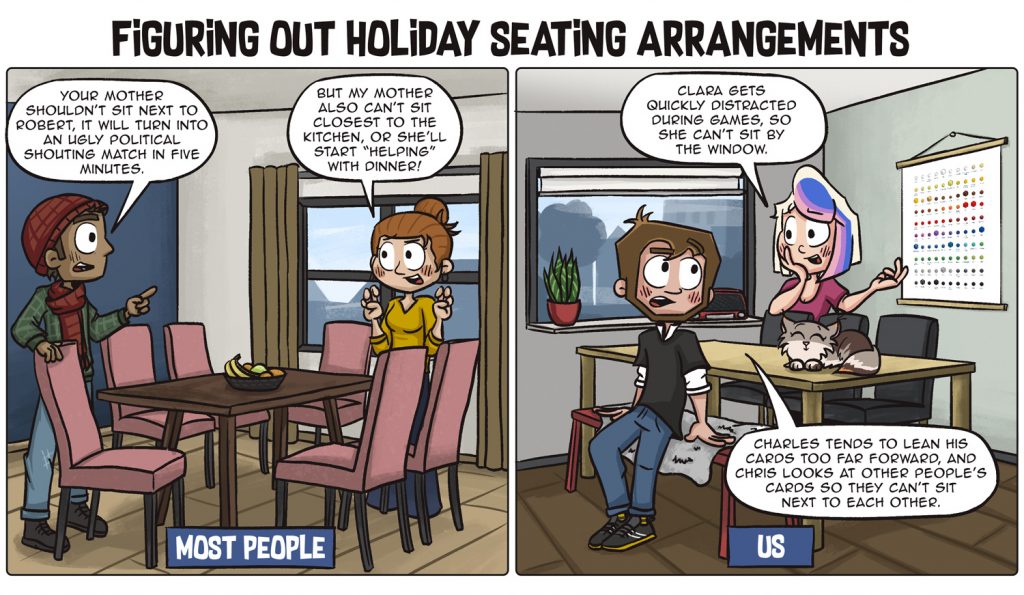