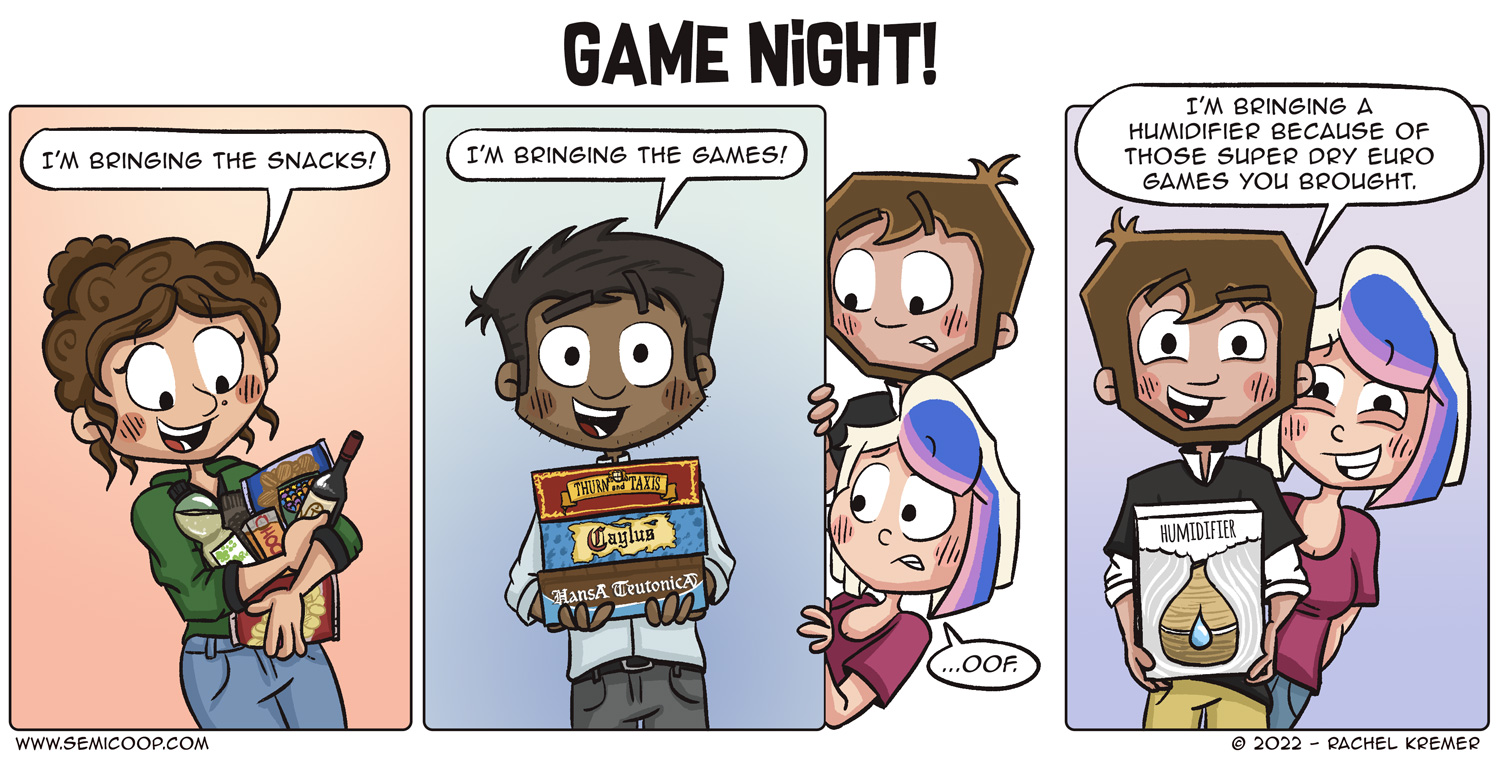 We don’t mind a good euro game now and then, but some euro games are even a bit too dry for our tastes. 😉 And theme and design can certainly balance the “dryness” out and make actions feel like it’s part of a world or a story, instead of just playing some cards and collecting cubes.

Thinking about euro games, does raise the question of what our favorite euro games are. But first, what defines a euro-game? Let’s look at what the internet has to say about this!

A Eurogame, also called a German-style board game, German game, or Euro-style game, is a class of tabletop games that generally has indirect player interaction and abstract physical components. ( – Wikipedia)

Also,  low randomness (dice rolls e.g.) and nothing like trick-taking mechanics. I have the feeling games have kinda evolved and are becoming more of a hybrid design mixing in more thematic game mechanisms. But some favorite games that come to mind when thinking of euro games are Great Western Trail, Merv, and Crisis which could still be considered a “classic” euro. We’ve also played a game that should be announced at the end of this week, that is a very exciting euro.

Speaking of abstract physical components, this week we played three games of Cryptid Urban Legends this week and it’s a hit for us! We played our first game a month ago and we had a bit of trouble figuring out how to play well but now we’re starting to see how we have to move cubes around in such a way that is beneficiary for us and we’re really starting to get into it. It’s a game that can be quite ruthless, so a wrong move can mean your game is over in five minutes! We also love the excellent art by Kwanchai Moriya in this game which really livens up the game that is pretty much some cards and some cubes.

On the other end of the component spectrum, we also played the beautiful new edition of Libertalia! 999 Games was kind enough to send us a copy and it looks really good. The only problem is that we tried it with two players, which isn’t the ideal player count for this game. On Instagram people seem to really enjoy it with four players, so it’s time to gather some friends and start pirating!

What is the driest game you know? And do you like playing it?

One of the only good things about ads before YouTube videos is that I technically consider them RickRoll shields. Doesn’t count if I never hear the actual song, see?

Hansa Teutonica is probably the one where the theme is the thinnest, the components are pretty abstract, etc. And it’s a game a really really like, because it’s balanced so well and player interaction matters. There are multiple paths to victory and it’s really hard for a player to optimize it and simply math it to death. (Euros where there’s 1-2 paths to victory and whomever follows it most efficiently are the ones that aren’t interesting to me.) 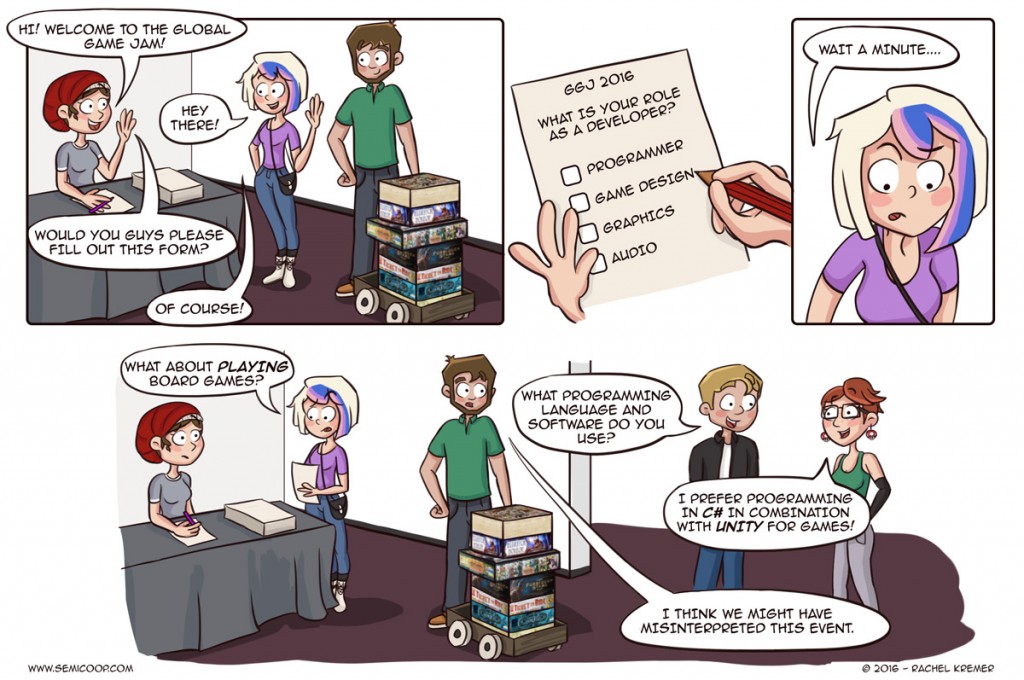