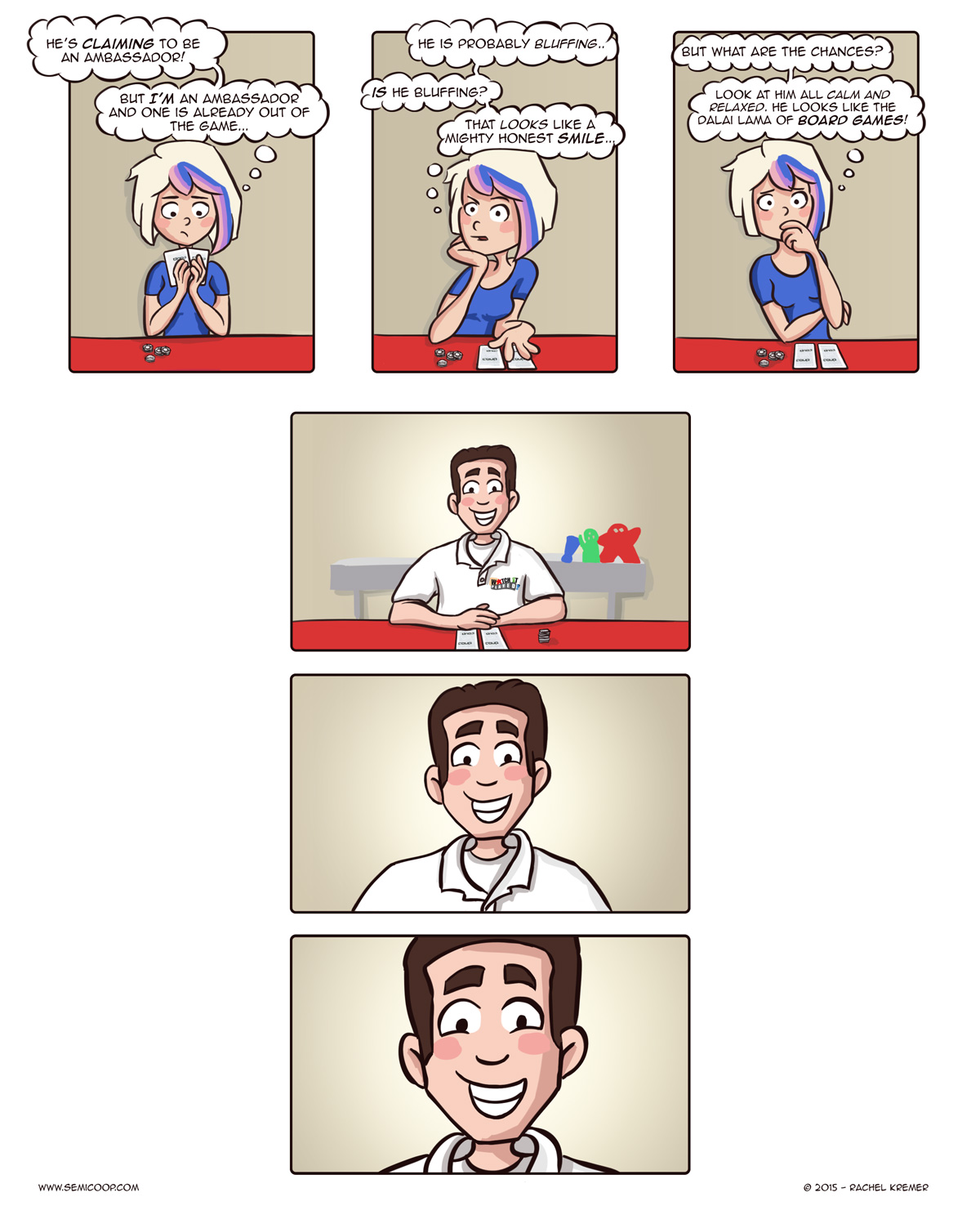 Watch It Played has launched their crowdfunding campaign for season 5!

We’re both big fans of Rodney Smith’s channel and we often choose to watch his videos instead of plowing through thick and sometimes complicated rule books to get an idea of the game play. If you’ve never heard of Watch It Played and you’re not a fan of staring at a rule book for an hour before you even have the slightest idea of how a game is played: you should definitely check out his YouTube channel – https://www.youtube.com/user/WatchItPlayed.

If you do know Watch It Played, you have to agree with me that Rodney Smith always looks friendly and calm. It’s amazing. That’s why I can’t imagine how hard it must be to play a game like Coup with him. I tried in this comic and I think it would be rather challenging. 😉

We’re surely going to support season 5 of Watch It Played and if you’d like to do that too, you can contribute to the project here: https://www.indiegogo.com/projects/watch-it-played-season-5#/story

What games did you learn to play by watching Rodney Smith?

Right now I’m watching the Ashes videos like they were the moon landing.

like coup. its a good filler. watch it played is a great resorce to get to learn games. learend desent (2de) that way. talk about a game with a bad rule book.

He is also a master of the box flip.

Coup is a game of secrets and bluffing. Are players the identities they are claiming to be? Or is it a trick to just quickly get more money with which they could try to assasinate you or launch a coup... A very cool game up to six players for which you'd like to train that poker face of yours. Support us through affiliate links or visit your local game store! Amazon.com Bol.com (Dutch)