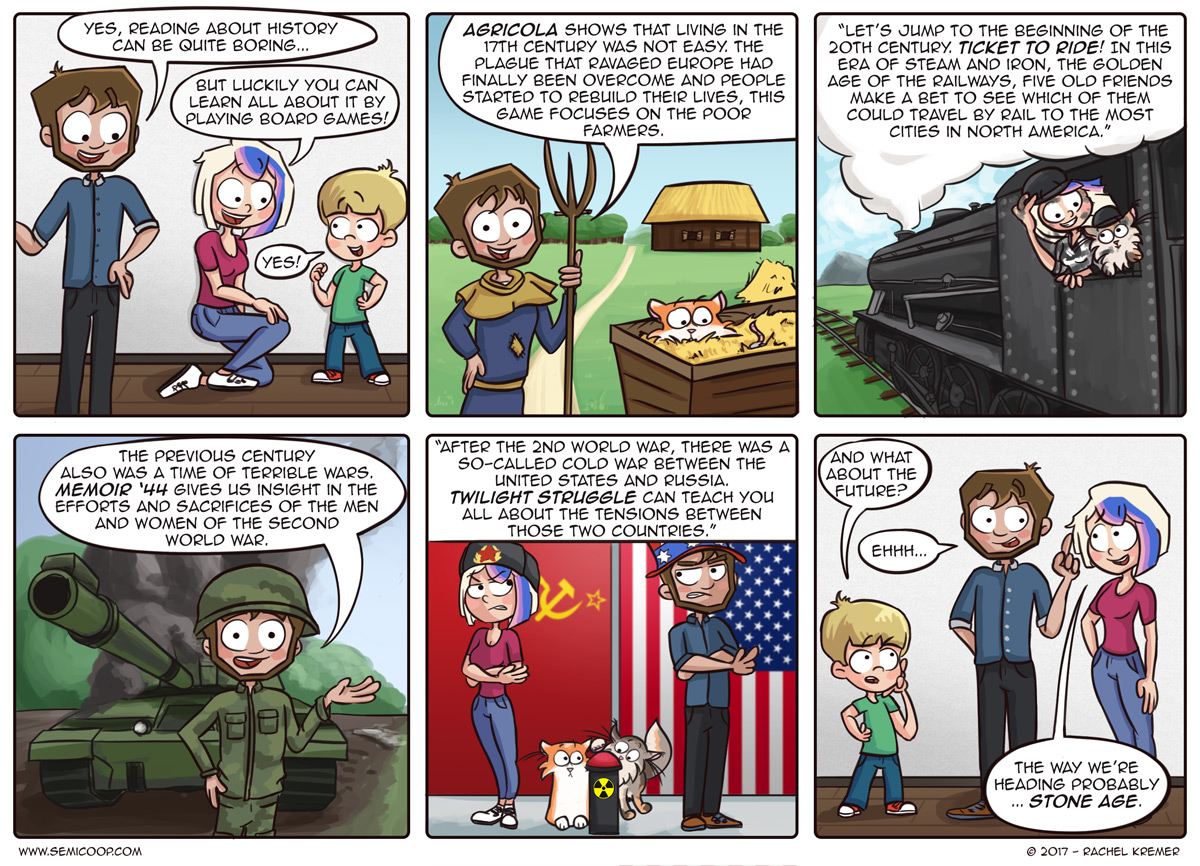 We are a great influence on kids, as we also proved in earlier. strips.

Another week without playing as many board games than we’re used to due to loads of work. This is getting to be problematic for thinking up good comics. 😉

What I did manage to find time for on Sunday was playing a game of Scythe for the first time!  What a great game! It’s more simple than I thought and I personally like it more than Blood Rage for example. I really enjoyed the smart player boards and the fact that collected resources are left ON THE BOARD in stead of on your player board. Meaning you could lose them at any time if another player manages to take them away from you. 😀 This was the first time everybody in the group played Scythe, so I can’t wait till next time when it’ll go a little faster and everybody kind of knows what they are doing.

What would be your historical timeline in board games?

Ahahahah… we also played Scythe for the first time this Sunday. We played a 2 player game and although it gives you less need for combat, it was quite fun and we loved it. The upgrade system is just so clever and after you get used to the rules it becomes a really fast paced game . The artwork is just amazing!!! With how many people did you play? Were there many combat situations?

At first glance of my collection, key historical beats for my “curriculum” would be along the lines of:

“Humanity decides prosperity is boring and must instead strive to dominate one another”
… Cyclades, Ventura, Carcassonne, Citadels, Dominion, Lords of Scotland

“Time passes and humanity continues to fight itself”
… Bang!, Flick ’em Up!, The Grizzled

“… then humanity soon has reason to wonder why they went out looking for a fight when the world would soon enough come crashing down around them”
… Dead of Winter, Neuroshima Hex!, 51st State

I gave some thought to a “US History through Board Games” curriculum a while back, but world history is a different question. I’ll do my best, but it is going to be unfortunately heavy on “the Greek tradition” (Rome, Europe, the US).

History (cheat mode):
Just play Nations or Through the Ages

After this I start living through it, so it can’t possibly be history!

Agricola does such an interesting job of teaching an aspect of Medieval Europe. The first time I played it, I remember getting very stressed about my “family”, wondering how they would survive the winter. The first time I had to take a starvation card? Devastating! Fun game, but a bit sobering.

Please get your cats away from the button that blows up the world.

A historical games that focusses on the events of the Second World War. Command hordes of plastic Army men while playing out one of the many battle scenarios the game has to offer. Support us through affiliate urls or visit and support your local game store! Amazon.com

Go back to the very beginning of Mankind in Stone Age! Develop tools to attain higher levels of knowledge and make sure your people have a roof over their heads and start living a more comfortable live. This worker placement game is great for everybody that wants to get into board games! Support us through affiliate urls or visit and support your local game store! Amazon.com

The modern classic of board games that has it all: simple rules, good design, a lot of fun and enough expansions for those who want a more challenging game. In Ticket To Ride players lay down train routes to get to their destination. But watch out, you might have to take a detour if another players beats you to that route you wanted to take. Support us through affiliate links or visit your local game store! Amazon.com Bol.com (Dutch)

Twilight Struggle is a two-player simulation that takes you to the time of the Cold War. A time when two of the greatest nations on earth, The Soviet Union and the United States, were involved in a era of intrigue, prestige and occasional flares of warfare. Support us through affiliate urls or visit and support your local game store! Amazon.com 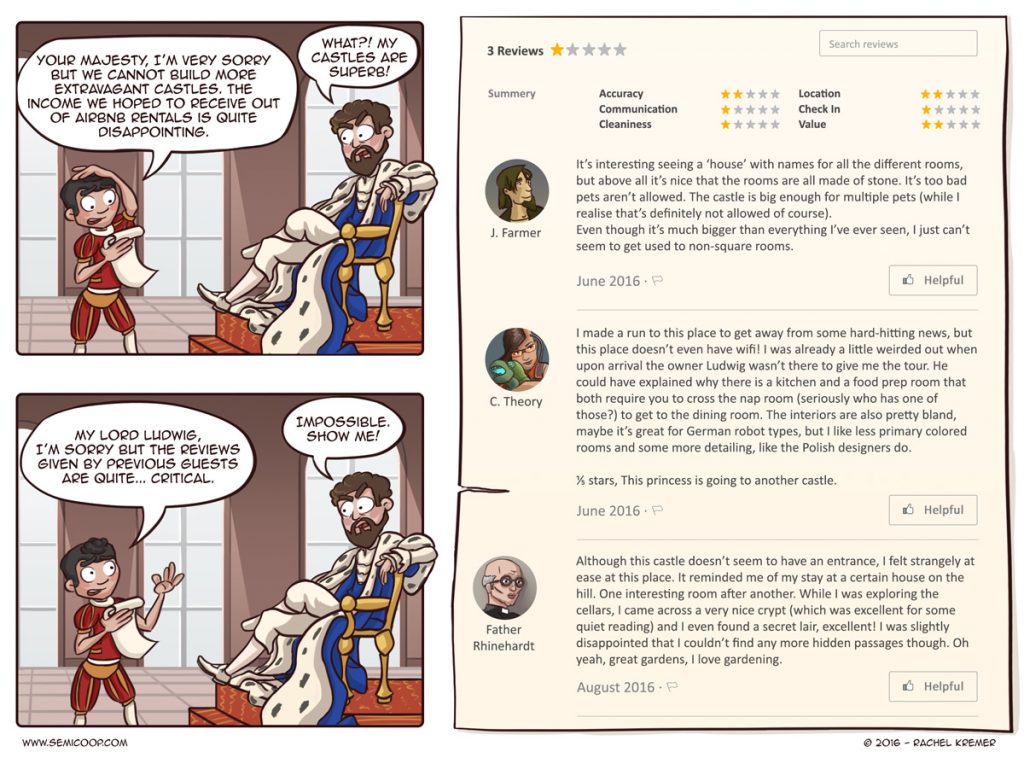