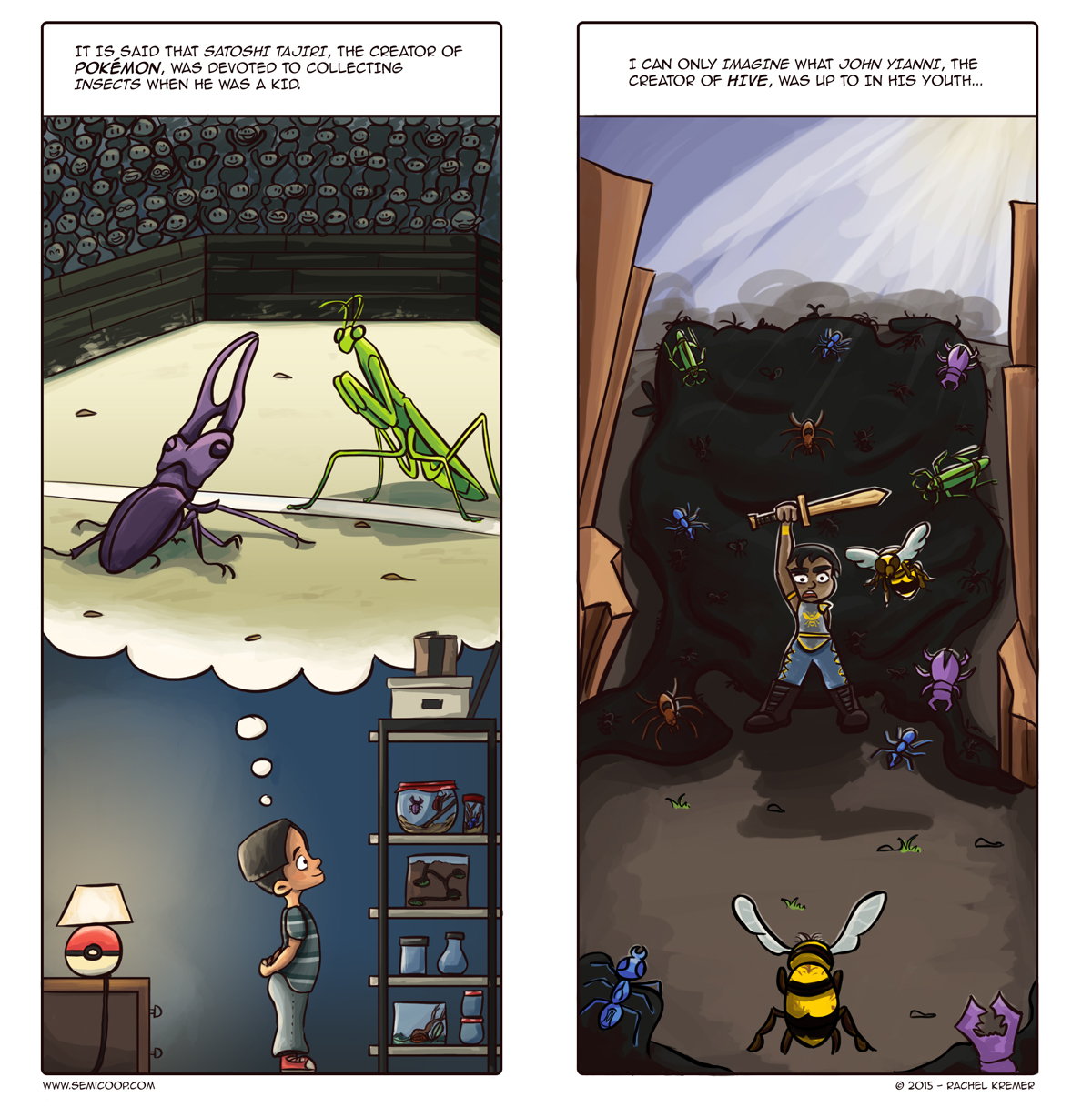 Hive is one of those games I would like to gift to anybody! Except to people who really hate bugs of course… although I think that the bugs on the Hive playing pieces are rather aesthetically pleasing. It’s a simple two player game that can be played in five minutes and it only requires a very small surface to play it on. We often take it with us when traveling, because it can easily be played on the tiny tables in trains or airplanes – and of course because it’s a fun game!

The bug theme of the game reminded us of the creator of Pokémon and an interview with Satoshi Tajiri in which he told about that he was fascinated by collecting bugs when he was a kid. Note that he didn’t let the bugs fight each other!  But I do like to imagine that he did think about which insect would win IF they battled each other. His interest in bugs finally lead him to the idea of Pokémon many years later. That made us wonder from what John Yianni drew his inspiration for Hive…

You can try Hive online or download the app for your Android tablet or mobile device:
Online: http://nl.boardgamearena.com/#!gamepanel?game=hive
Android device: https://play.google.com/store/apps/details?id=com.hive

What do you think of Hive? And is it one of those games you take along when traveling?

Hive and The Duke are my go-to portable games. Need to make a cloth board for The Duke though.

I’ve never heard of The Duke, it does look like an interesting game!

This easy to learn, quick to play and endlessy fun two player game is one to take with you, anywhere! Each player controls a group of bugs and the goal is to fully enclose the bee of the other player. Every bug has its own special movement abilities, which will probably remind you of chess, only a lot quicker and more fun. Support us through affiliate links or visit your local game store! Amazon.com Bol.com (Dutch)