In Star Wars Risk players will play as the Galactic Empire versus the Rebel Alliance! An epic battle between Luke Skywalker and Darth Vader, the attack on the shield generators on the Moon of Endor and an epic space battle with the final goal to destroy or defend the Death Star! It’s called Risk, but it’s nothing like it. ;-) 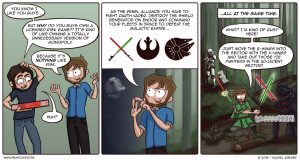